BRADENTON, Fla. - Manatee County Commissioner George Kruse was charged on one count of driving under the influence after crashing his truck in his gated Bradenton community back in April, the State Attorney's Office said.

After the crash happened back on April 20, the Manatee County Sheriff's Office released body-camera footage from the incident. Deputies said the commissioner crashed his truck into a tree in the gated community. 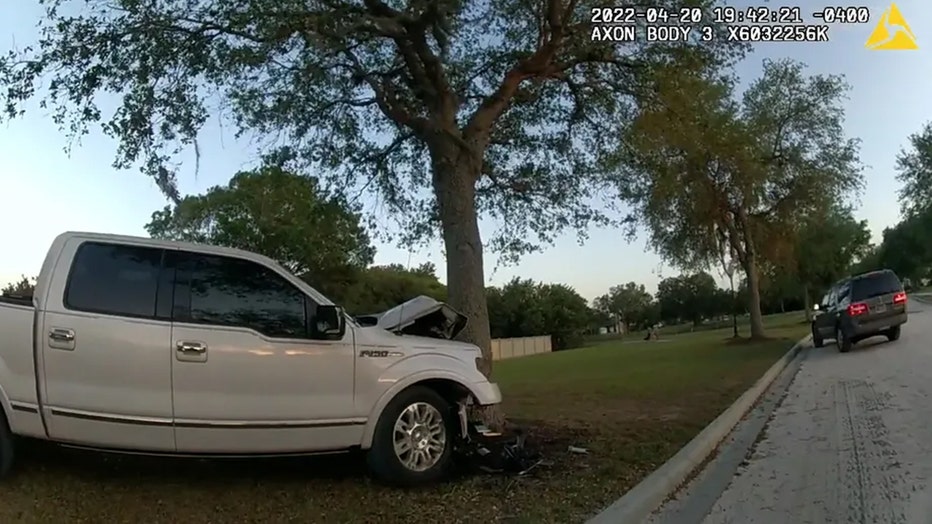 Body-camera video from the responding Manatee County sheriff's deputy and audio from Kruse's conversations with dispatchers shows a badly damaged vehicle and Kruse appearing to be in an altered mental state.

After the video was released May 5, Kruse spoke to FOX 13's Kimberly Kuizon and said, in part, "I haven’t seen whatever you guys have seen. The stuff hasn’t been released to me. This is under investigation."

The deputy's body camera shows his interview with Kruse. He approached Kruse, who was sitting in the back seat of a parked SUV. His wife got into the vehicle next to her husband. 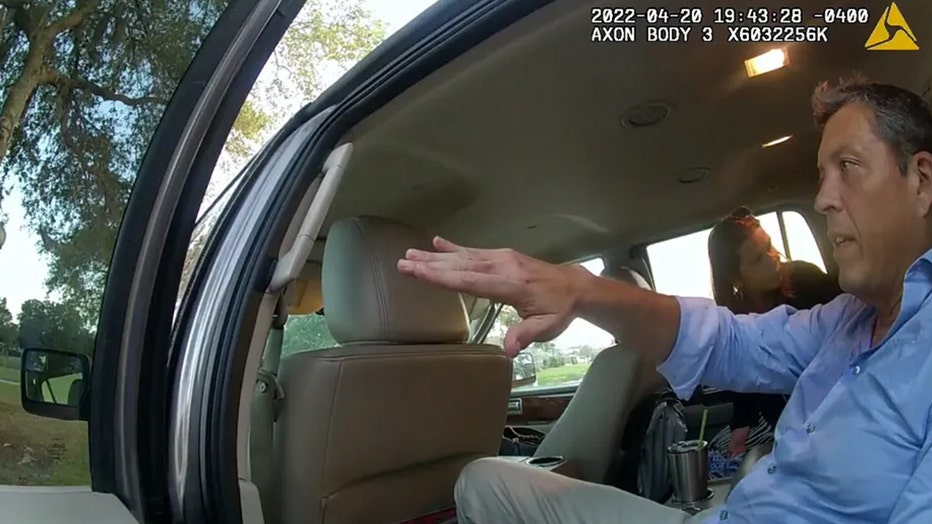 After a short chat, the deputy walks back to the crashed vehicle and calls in to dispatchers. He tells them the driver seems impaired.

The deputy later tells Kruse’s wife that her husband could go to jail for drunk driving.

The deputy adds that Jessica Kruse was allegedly driving behind her husband at the time of the crash.