A team of students from Manatee County has developed a model Formula 1 car they hope will take a 20-meter track in under a second.

PALMETTO, Fla. - Six students from Manatee County are about to travel across the globe to face off in the Formula 1 World Constructors' Championship (WCC).

They designed a model car and raised nearly $60,000 so they can showcase their team’s work against others from around the world.

The team is made up of students from Southeast High School, Palmetto High, school and the University of South Florida. Together, they form team P1nnacle:

Their goal is to finish a 20-meter track in under a second.

"Designing them is easy. Designing a fast, efficient car is a little more challenging," Bunes said. "When I first started this, I had no idea how to do graphics or what it meant to build a company, and having a team full of people to do that and seeing their skills while I’m growing as an engineer is one of the best feelings I’ve ever had."

"It's pretty amazing how far we’ve come from nationals, but each month we are trying something new," said Kendzior. "It's not typical things that highschoolers do or know how to do." 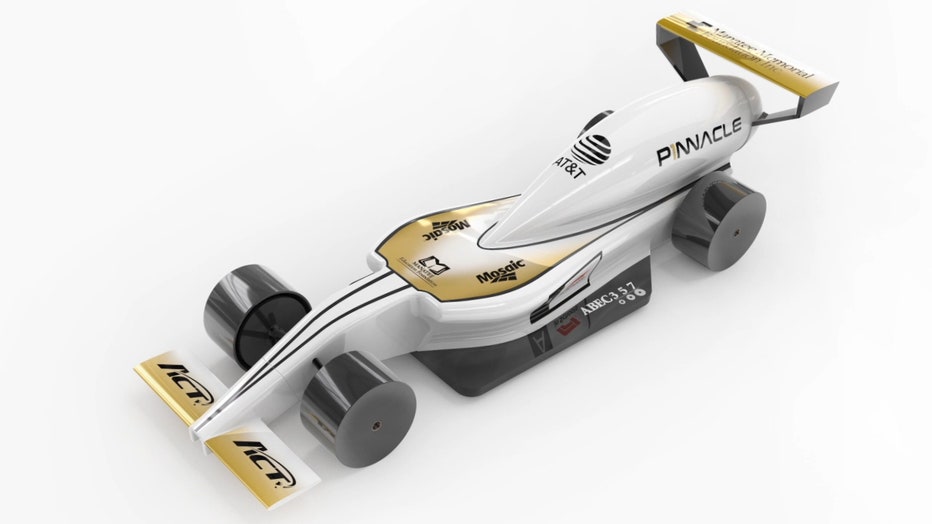 They won first place at the F1 National Championship last spring in Austin, Texas. Now they're packed and ready to face 55 other teams from 23 countries at the championship in Abu Dhabi.

As they take flight, their team motto remains on their minds.

"One goal," Hopkins said. "We are hoping to accomplish our one goal on the anniversary of making it."