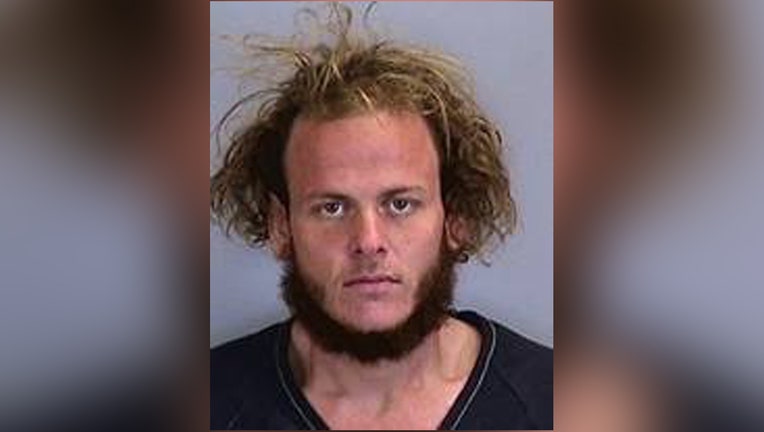 SARASOTA, Fla. - Detectives in Manatee County are searching for David Laycock after they say he shot and killed his uncle Robert Laycock at a homeless came near 15th St. East.

According to the Manatee County Sheriff’s Office, deputies responded to a 911 call at Mike’s Mini Mart shortly before 12:30 a.m. on Saturday. When they arrived, deputies learned that a male was down in the wooded area near the store. The caller said his brother had been shot in the head.

Detectives said David Laycock, the victim’s nephew, fired several rounds into a wooded area and a bullet struck Robert in the head. When he realized Robert was shot, David fled the area on foot, according to SCSO. David’s father, who was also in the homeless camp called 9-1-1.