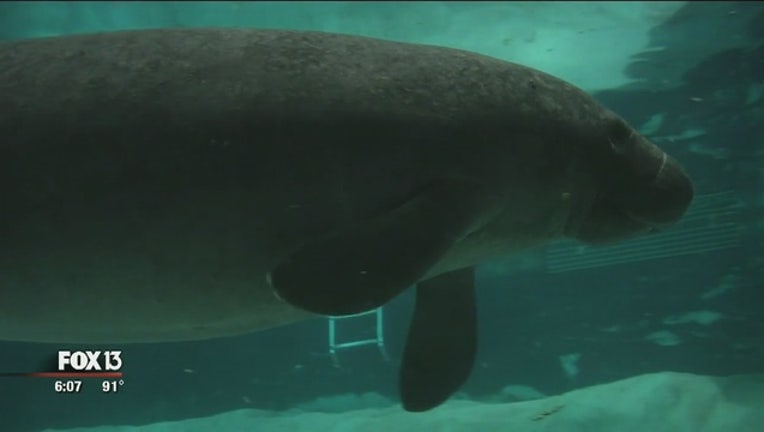 BRADENTON (FOX 13) - The museum where Snooty the manatee lived is back open and we're getting a look at the part of the tank where Snooty got stuck and drowned.

That part of the pool has been reinforced since the accident. The museum says they'll now continue to focus on manatee rehabilitation.

Visitors, meanwhile, stopped at the entrance Tuesday to pay respects to the museum's late star attraction.

"Snooty meant a lot to all of us and I wanted to pay my respects," said 10-year-old Alexis Skowronski.

Janet May brought her grandchildren to visit.

"We just thought it was a really special day, pay our respects and let them still feel like it's a fun place to come," she said.

May's grandchildren are too young to understand what happened, but she wants her family to continue to enjoy the museum.

"Accidents happen. It's very sad, but I love this place. I love the staff," said May.

Snooty meant a lot to generations of families. He'd lived at the aquarium since 1949. In 1979 he became the county's official mascot.

Over the years researchers learned many things from the friendly manatee, like how they hear and communicate. He also played a key role in helping rescued manatees, injured in the wild, recover.

"Part of it is learning about manatees and we will keep that education going forward," said Brynne Anne Besio the museum's CEO.

Right now the aquarium is rehabilitating three manatees and CEO Brynne Anne Besio said they will continue their manatee rehabilitation program. They even have plans to expand it.

"We will continue to build education programs that help people learn about this wonderful world and our place in it and how it relates to manatees," said Besio.

They do so with a heavy heart.

"I hope that people will remember snooty with found loving memories and understand that he's been an ambassador for the species," she said.