SARASOTA, Fla. - No swim advisories are up at several Bay Area beaches.

The Florida Department of Health says water testing showed high levels of bacteria a multiple beaches in Manatee and Sarasota Counties and is warning beachgoers to stay out of the water.

"We're seeing a number of beaches with no swim advisories now because of the recent rains that we've had and a lot of runoff into the water, that's increasing those bacteria levels. You can also get increased bacteria levels in the waters when people stir up the bottom of the water," Florida Department of Health in Manatee County Communications Director Christopher Tittel said.

As of Saturday morning, the no swim advisories were in effect in Manatee County at Bayfront Park North, Manatee Public Beach North, Coquina Beach North and Palma Sola South. 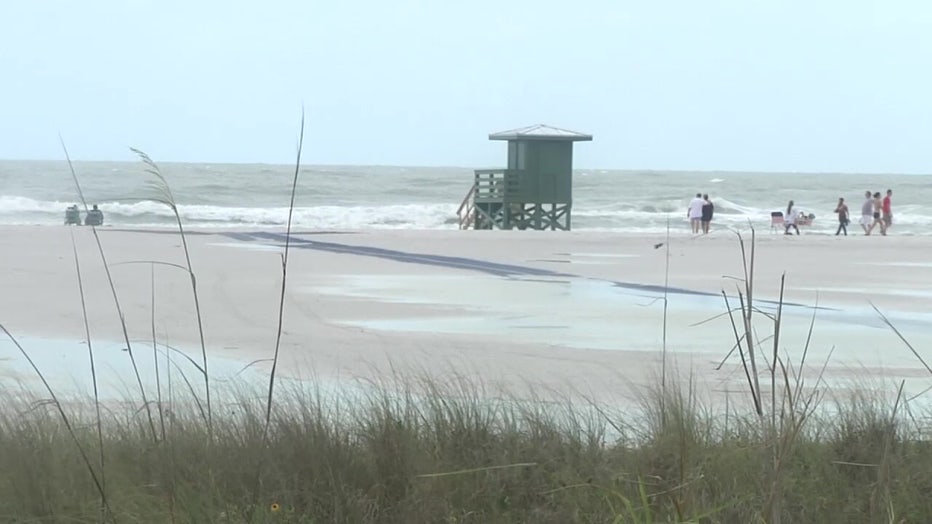 According to the Florida Department of Health, water testing results from July 25 and July 26 showed elevated levels of enterococcus bacteria in the water.

"If you swallow any of that water, you could end up with intestinal difficulties, stomach aches. You might get diarrhea. We're particularly concerned about people who have open cuts and wounds going into the water as well, because you really don't want any bacteria that's in that water," Tittel said.

READ: Hillsborough County to crack down on use of harmful fertilizers during rainy season

People who are elderly or who have a weak immune system can especially vulnerable. While the beaches do remain open, health officials are asking beach-goers not to swim until the advisory is lifted. The next round of testing will take place on Monday.

"We certainly encourage people to go to our beaches, our beautiful beaches here. But, you know, maybe staying on the on the sand is probably a good idea. Playing volleyball, sun, sun, tanning, sunbathing is probably a good way, a way to go if you're going to go to the beach this weekend," Tittel said.