"Celebrating World Oceans Day is more for awareness to get individuals inspired about becoming environmental stewards in their local areas and preserving our water," said Jenna Byrne, founder and president of Water Warrior Alliance.

Part of the preservation work is happening on the state level. Governor Ron DeSantis announced $15 million toward fighting blue-green algae and red tide.

"There’s a whole host of things that are being developed right now to be able to mitigate some of these things," said Desantis. "The red tides happen naturally, but how do you mitigate rather than exacerbate." 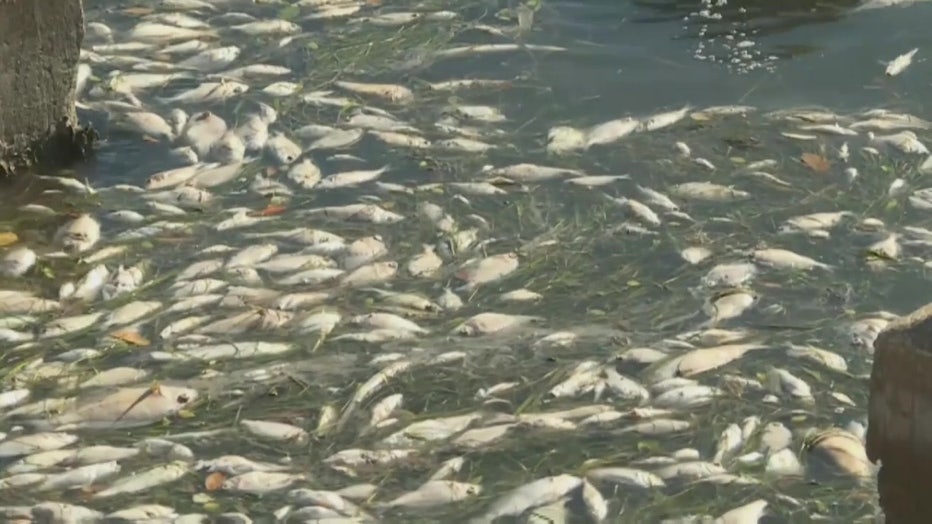 Byrne said the blooms not only kill fish already in the water, but also harm sea turtles trying to find their way to ocean. It’s currently sea turtle nesting season.

"They’re deterred from areas that have a high volume of red tide," said Byrne. "And as we all know turtles go back to the original area where they were born to renest, and so that’s going to make it more difficult for them to come back. Only 1 in every 100 turtle eggs actually makes it."

Helping those turtles and other marine life is a priority for Tampa Bay’s environmental groups, so they said it takes everyone working together.

"Really if you think about this, this is our life source and what we have to do is we have to protect what feeds us and what we drink from," said Pat DePlasco, executive director of Keep Pinellas Beautiful. "We don’t really want to be out there cleaning up after people. We want to be out there being proactive, get out there in front of people and explain to them why they should keep it clean and beautiful."

When it comes to water quality, the state budgeted about $558 million for targeted water quality improvements statewide, DeSantis said. The state also set aside $5 million this year to help clean up red tide fish kills faster, so it doesn’t cause more harm to marine life.