LOS ANGELES - Voters in several states were deciding on Election Day whether to legalize marijuana — allowing adults to buy and use marijuana with or without needing a medical reason. Decriminalization of “magic mushrooms” was also on the ballot for some.

Supporters of legalization hoped that additional victories, especially in conservative states, could build pressure for Congress to legalize marijuana nationwide. 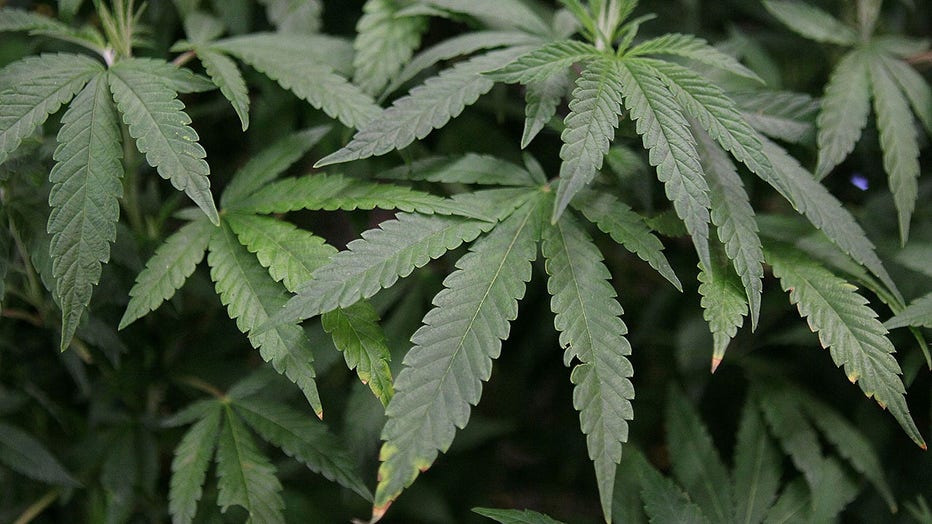 Leaves of a mature marijuana plant are seenin a display at The International Cannabis and Hemp Expo April 18, 2010 at the Cow Palace in Daly City, California (Justin Sullivan/Getty Images)

On Tuesday, voters in New Jersey approved a change to the state's constitution, legalizing the use of cannabis without medical reason.

Buying marijuana will be restricted to adults 21 and older, and cannabis sales will be subject to the state’s 6.625% sales tax. The amendment will also authorize the state’s legislature to enact a law letting towns and cities collect a tax on cannabis of up to 2%.

The Democratic-led New Jersey Legislature decided last December to place a measure on the ballot asking voters whether they should legalize marijuana for adults age 21 and older. The commission that oversees the medical marijuana program will now be tasked with establishing a market for recreational use. It isn’t clear how soon that will happen, though.

Arizona will also join the ranks of states that have made recreational marijuana legal.

Tuesday evening, the Associated Press projected that Arizona voters approved Proposition 207, a ballot measure that will legalize recreational marijuana in the state, in an apparent repudiation of Republican Gov. Doug Ducey and Republicans who control the state’s legislature.

They had refused to change the state’s tough marijuana laws and had been unable to fully restore education funding cut after the Great Recession.

The measure would allow people 21 and older to possess up to an ounce of marijuana or a smaller quantity of “concentrates” such as hashish. It also allows for recreational marijuana sales at licensed retailers and for people to grow their own plants.

The Smart and Safe Arizona Act levies a 16% excise tax on marijuana, on top of the standard sales tax that goes to state and local governments.

In South Dakota, a yes vote on Initiated Measure 26 would create a medical marijuana program for those with debilitating medical conditions. Patients would be able to possess up to three ounces of marijuana and grow three plants or more, depending on what a physician recommends.

Also, in Montana, a yes vote on measure I-190 would allow possession and use of marijuana for adults 21 and older. This would come with a 20% tax. In addition, the measure would allow people with criminal records related to marijuana to be able to petition for expungement.

“Multiple cities have decriminalized the substance, but Oregon will become the first to permit supervised use statewide if that majority holds,” The Oregonian said.

In Washington D.C., residents approved a measure that would effectively decriminalize “magic mushrooms” and other organic psychedelic drugs.

But the measure – Initiative 81 – does not legalize psychedelic plants and fungi. It simply re-categorizes them as “the lowest level police enforcement priority,” according to FOX 5 DC.

Supporters of the ballot initiative said the psychedelics can be deployed to treat depression, trauma and addiction.

The nation’s capital is the first eastern city to pass such a measure.