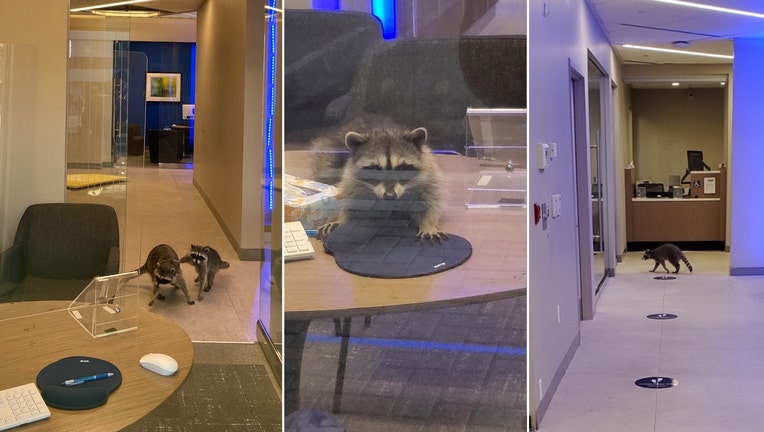 Two raccoons have created a stir by “breaking into” a Redwood City, California-based bank.

The Peninsula Humane Society & SPCA said it responded to a call on Tuesday morning regarding the two juvenile raccoons, who were found inside the Redwood City bank. The bank was closed to the public at the time, according to the animal organization.

A man using an ATM spotted the raccoon intruders inside the bank. Initially, he thought that he was seeing a stuffed animal on a desk, but then he saw the animal move.

“It’s not every day an animal organization gets called to deal with a bank break in, but since the bank robbers were masked bandits of the wildlife kind, we were indeed the appropriate responders,” said PHS/SPCA’s Communications Manager Buffy Martin Tarbox, in a statement. “The bank managers let our rescue staff into the bank, and after about ten minutes of chasing the raccoons around the bank, we were finally able to safely shoo them outside. They apparently didn’t want to leave the bank.” 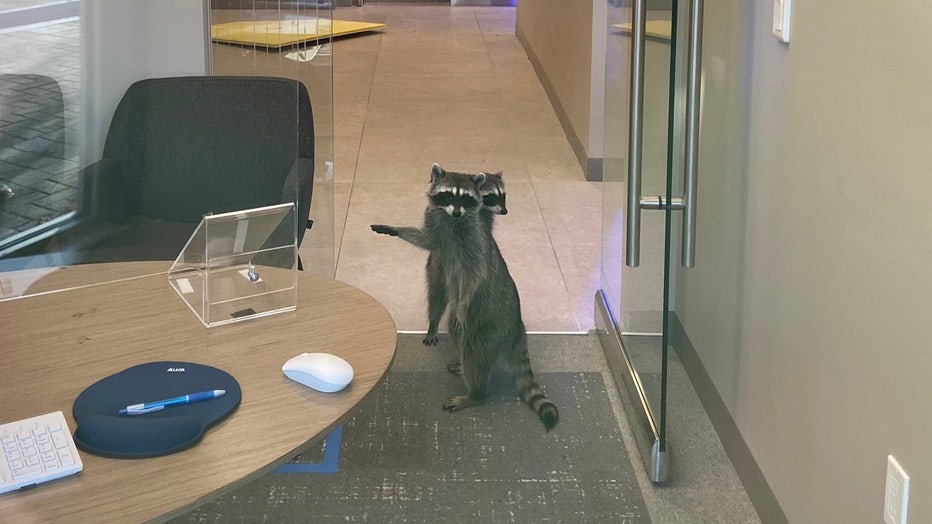 With the apparent agility of a cat burglar, the raccoons are thought to have stealthily gained access to the bank via its roof.

“There were muddy pawprints on a tree outside the bank, so we suspect the raccoons climbed the tree to the roof of the bank, and then somehow managed to crawl into the air ducts and fell through the ceiling tiles onto the floor of the bank,” Tarbox said in the statement. “There were several broken ceiling tiles, and the masked bandits knocked papers around and even a computer over. Thankfully the raccoons were not injured during their morning escapade, and to our knowledge they didn’t abscond with any money.”