The city of Guangdong has locked down neighborhoods and requires anyone wishing to leave the province to show a negative virus test taken within the past 72 hours.

BEIJING - Video posted on social media shows people lining up down the street at a COVID-19 testing site in the southern Chinese province of Guangdong on June 7 after positive cases of the so-called delta variant, which originally appeared in India, were detected.

The footage was captured by Twitter user @p_ilou in the town of Shenzhen.

Guangzhou, Guangdong’s capital of over 15 million people, has reported 96 of the last 100 cases confirmed in the province, according to reports. Guangzhou carried out more than 16 million tests between May 26 and midnight on June 5, reports said.

Neighborhoods in Guangdong were locked down and anyone wishing to leave the province was required to provide proof of a negative COVID-19 test taken within 72 hours.

Respected business magazine Caixin quotes the chief infectious disease specialist at the hospital in Guangzhou, where the latest cases are being treated, as saying the patients are carrying a heavier viral load, which makes it easier to pass the virus to others. 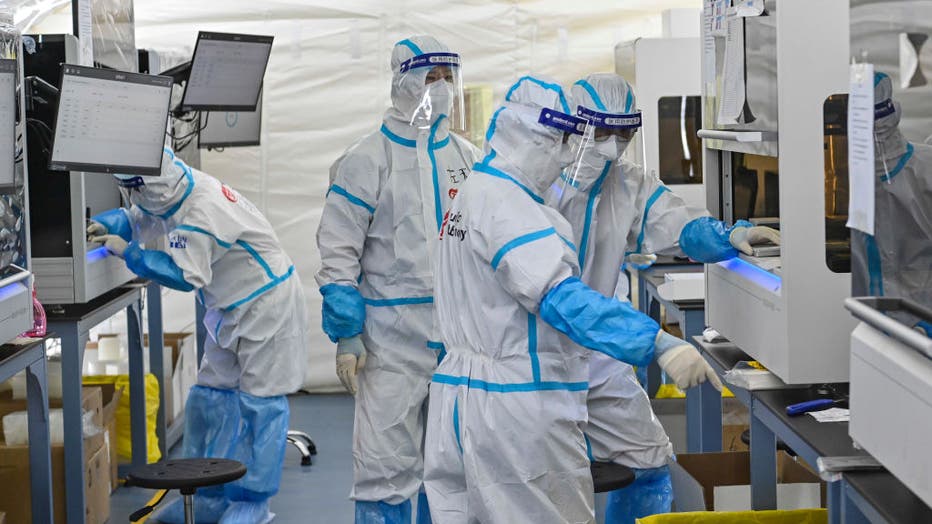 Meanwhile, the U.K. has also been looking at a recent uptick in cases attributed largely to an increase in cases linked to the delta variant, the Associated Press reported on Monday.

Maria Van Kerkhove, WHO’s technical lead on COVID-19, noted that the delta variant is spreading in more than 60 countries and is more transmissible than the alpha variant which first emerged in Britain.

She cited "worrying trends of increased transmissibility, increased social mixing, relaxing of public health and social measures, and uneven and inequitable vaccine distribution around the world."

This story was reported from Los Angeles. Storyful and The Associated Press contributed.