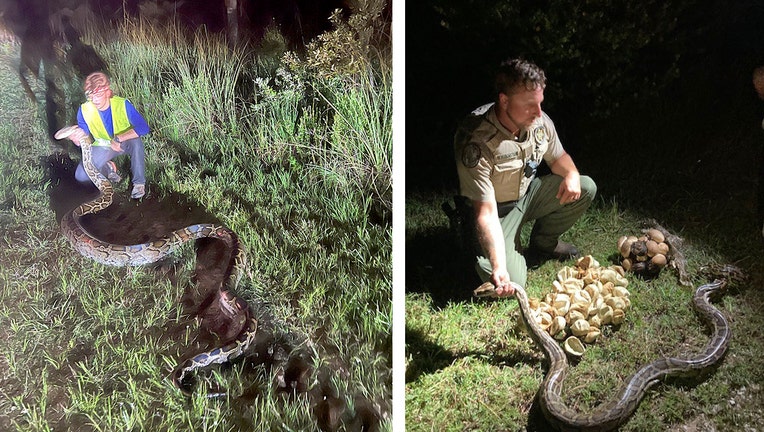 OCHOPEE, Fla. - Florida Fish and Wildlife Conservation Commission officers who patrol the swampy areas of Florida are always on the lookout for invasive Burmese pythons. That’s why FWC Officer Matthew Rubenstein wasn’t surprised when he was approached to help remove a nest while patrolling Big Cypress National Preserve.

But the size of this particular discovery was more than he anticipated. 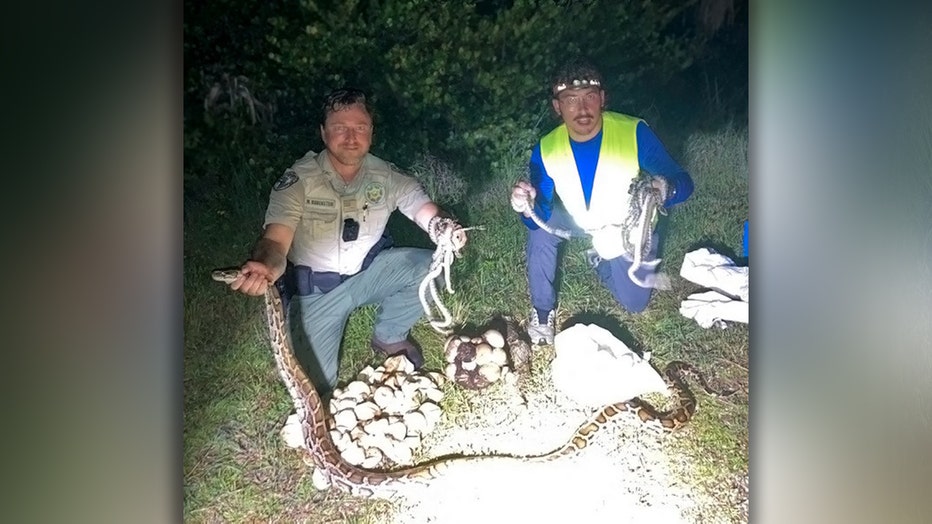 It was just before midnight on July 11 when Alex McDuffie, a South Florida Water Management District python removal contractor, stumbled upon a nest of hatched and unhatched eggs. 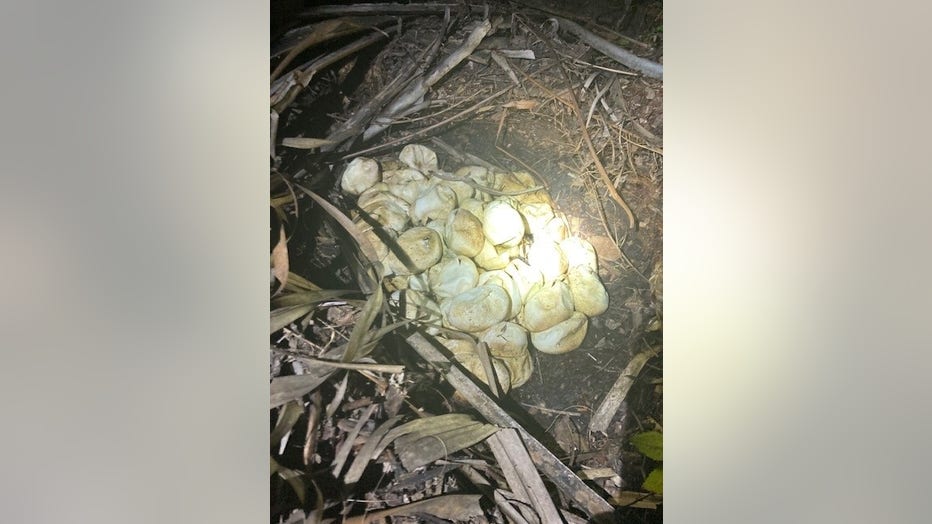 McDuffie was bagging a small python and noticed it appeared freshly hatched. That’s when he found the first nest. He called Officer Rubenstein, and they began rounding up snakes.

They found a female Burmese python on a nest with 23 unhatched eggs and 18 python hatchlings. Nearby, they found a separate, empty nest site.

A team of biologists recently hauled in the heaviest Burmese python ever captured in Florida. The female python weighed in at 215 pounds, was nearly 18 feet long, and had 122 developing eggs.

McDuffie decided to go back the next night to make sure the area was clear of pythons. 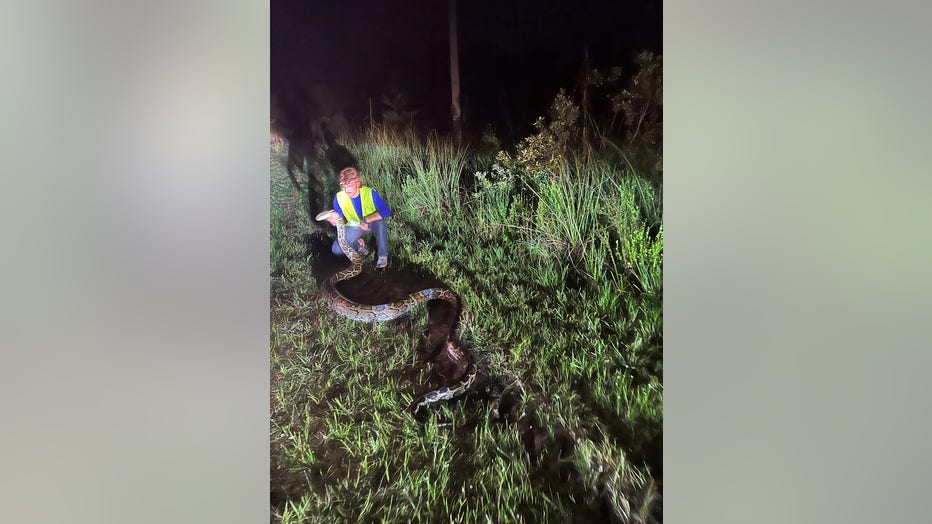 FWC said the snakes and unhatched eggs were being turned over to Big Cypress National Preserve.

About invasive Burmese pythons, from FWC:

Burmese pythons are not native to Florida and negatively impact native species. They are found primarily in and around the Everglades ecosystem in south Florida where they prey on birds, mammals and other reptiles. A female Burmese python can lay 50 to 100 eggs at a time. More than 16,000 Burmese pythons have been removed since 2000. For more information on Burmese pythons, visit MyFWC.com/Python.