DADE CITY, Fla. - Fire crews in Pasco County said a massive fire likely killed as many as 250,000 chickens at a Dade City chicken farm after flames tore through three barns with thousands of chickens inside.

Farmhands living at Cal-Maine Foods in Dade City called 911 to report the growing fire. When firefighters arrived around 1 a.m. Thursday, an orange glow surrounded those buildings with flames shooting into the dark sky. The farm, located at 41040 Simpson Farm Lane, is described as the largest producer and distributor of eggshells in the U.S.

According to Pasco County Fire Rescue, there are a total of 8 large chicken coops on the property that hold anywhere from 60,000 to 80,000 chickens. Three were on fire and have been deemed total losses, but crews kept the fire from spreading to the other five structures.

Heavy machinery was brought in to demolish the structures that were lost in order to keep that fire from starting up again. 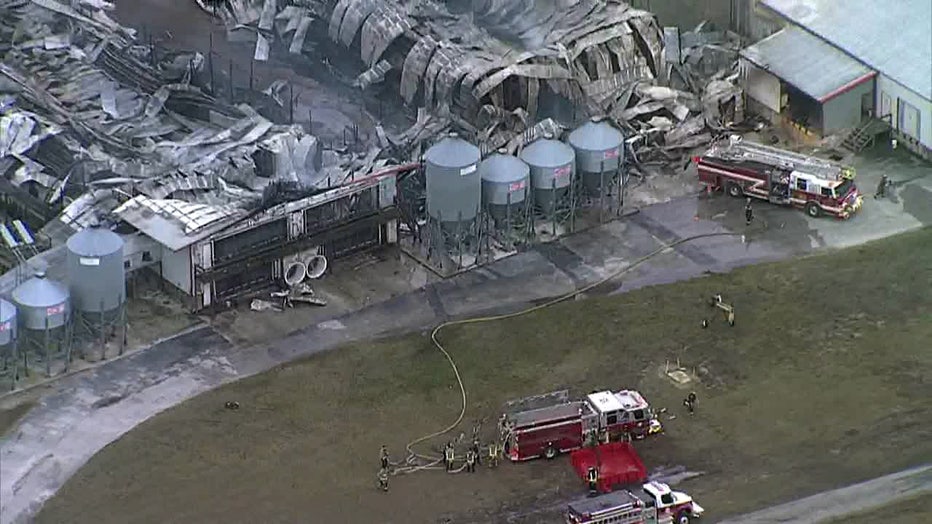 Firefighters had to face two major obstacles during the overnight hours. The farm is located in a remote area without a readily available water source, meaning firefighters had to bring their own water.  The nearest fire hydrant is three miles away. 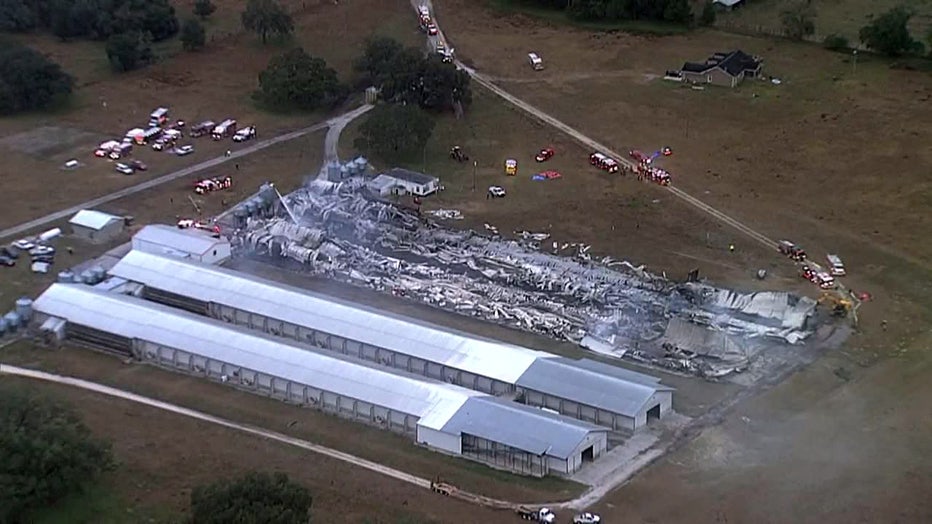 Pasco County firefighters had to request assistance from other agencies, including in Polk, Hernando, and Sumter counties.

"We are out in the country. There's not a lot of infrastructure here. We're having to use tanker trucks," explained Shawn Whited, a spokesperson for Pasco County Fire Rescue. "These chicken coops are very large structures. There's a lot of fire in there and the fire is deep into those buildings." 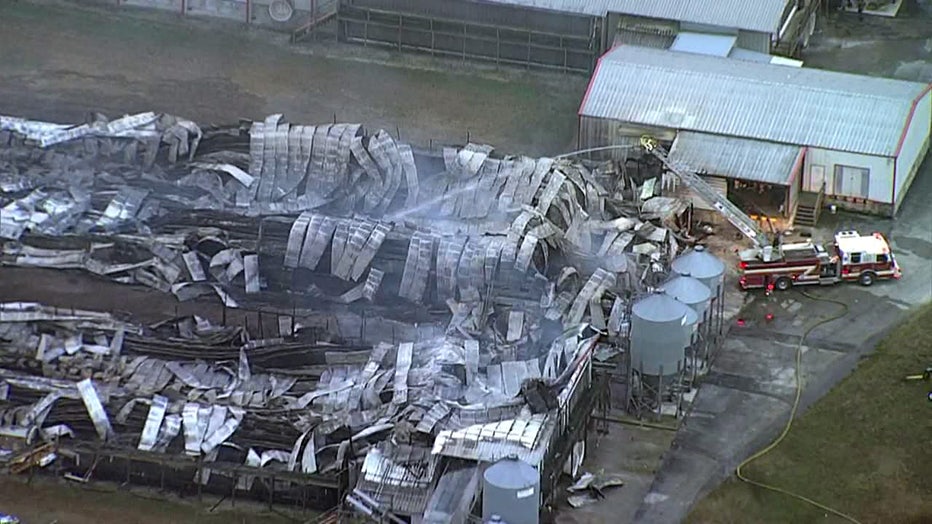 Second, gas explosions occurred throughout the morning due to propane tanks on the property. For their safety, firefighters have had to remain outside to battle the fire.

There have been no reported injuries among firefighters or farmhands. 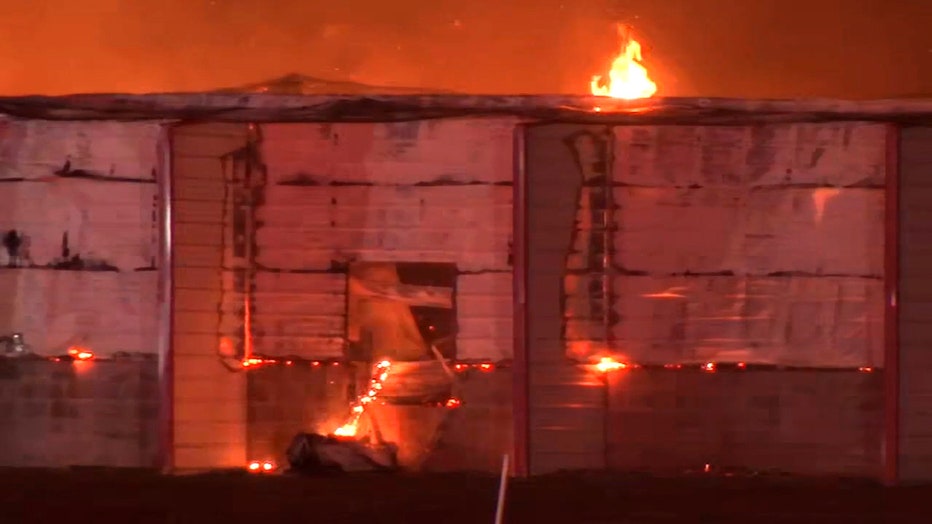 "Some of the hazards that we're dealing with is that some of the equipment is powered by propane, so we're having large explosions," Whited explained. "So, we're trying to keep everyone safe and trying to fight the fire from outside the buildings. 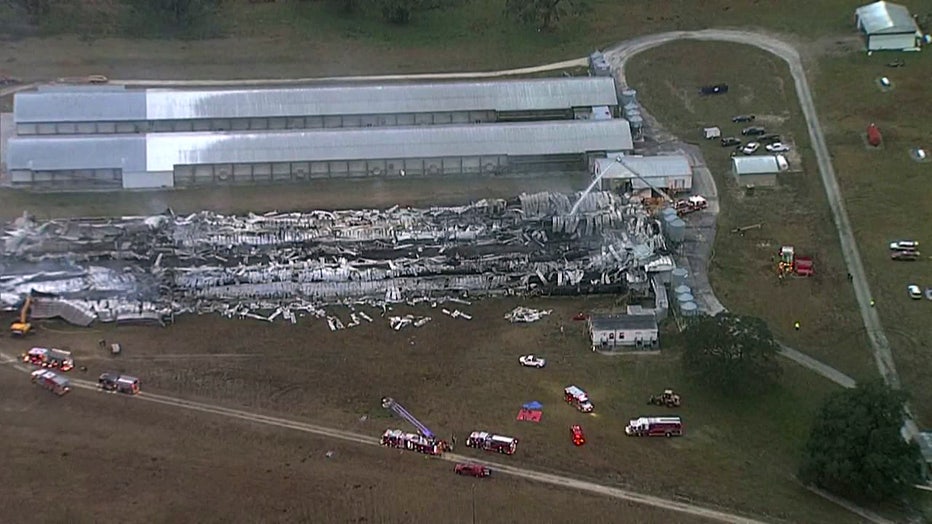