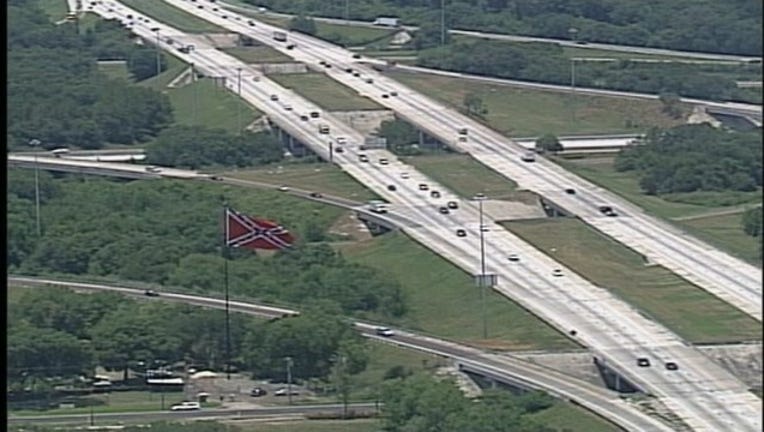 The deadly church shooting in South Carolina is bringing the Confederate flag into debate, not just in their state, but all across the country.

Soon after, companies began following suit. Walmart announced it would stop selling all Confederate flag-related products in stores and on their website.

And calling it a "contemporary symbol of divisiveness and racism," eBay said Tuesday that it will ban the sale of Confederate flags and similarly themed merchandise. "This decision is consistent with our long-standing policy that prohibits items that promote or glorify hatred, violence and racial intolerance," said eBay spokeswoman Johnna Hoff.

K-Mart and Amazon joined them.

"We can add our voices and ask them to look at the conscience and look at their soul and recognize what a hateful symbol that is of a dark chapter in America's history- and recognize that people are offended by that, people are hurt by that," he said.

The flag is the largest Confederate flag in the world and it's part of a Confederate memorial on private property, which complies with county codes. And the owner said when he built it he would not give in to critics.

"If it takes pain and controversy to create a dialog for southerners to be understood and appreciated as being a vital part of community, so be it," said Marion Lambert.