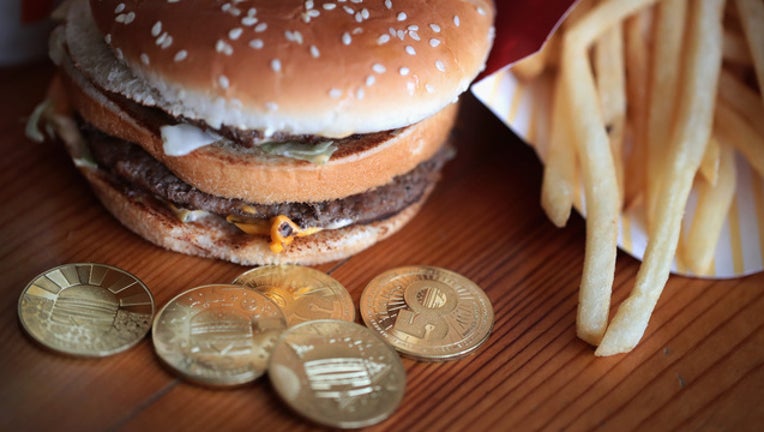 In this photo illustration, McDonald's MacCoins are shown. The limited-edition coins celebrate the 50th anniversary of the introduction of the restaurant's signature Big Mac sandwich. (Photo Illustration by Scott Olson/Getty Images)

McDonald's announced via a press release that the fast-food chain is celebrating 50 years of Big Macs by creating a global currency called a "MacCoin," which can be redeemed for a free Big Mac.

The "MacCoin" comes in five collectable designs and each design represents a decade.

McDonald's says starting August 2, you can collect the "MacCoins" when you buy a Big Mac at 14,000 participating restaurants across the U.S., while supplies last.

The "MacCoins" can be redeemed for a free Big Mac beginning August 3 through the end of 2018.

More than 6.2 million "MacCoins" will be distributed globally by McDonald's.