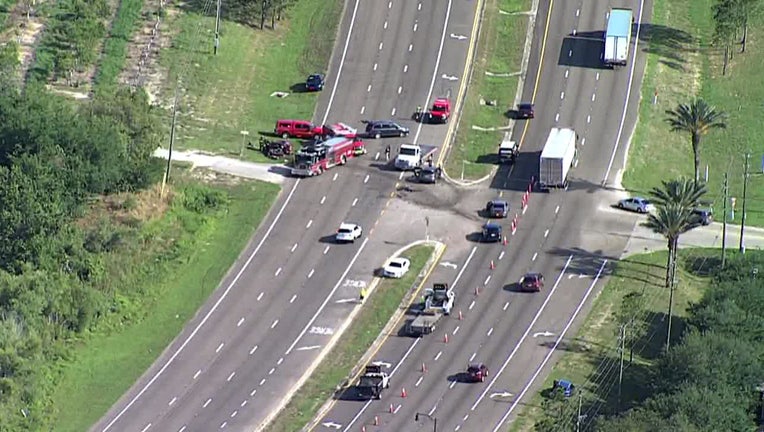 HAINES CITY, Fla. - A Davenport man passed away after a two-vehicle crash in Haines City on Tuesday morning, police said.

Investigators with the Haines City Police Department said the crash occurred at U.S. Highway 27 and Patterson Road around 7 a.m. They said 32-year-old Fernando Alberto Delgado Pereira was heading west on Patterson Road in a 2007 Mitsubishi sedan.

Police said witnesses told them Pereira didn't stop at the stop sign at the U.S. 27 intersection. He turned left to head south on U.S. 27.

That's when, police said, another vehicle, a 2008 Acura SUV, struck his vehicle on the driver's side. Officials said the driver of the Acura, a 35-year-old man from Dundee, was heading north on U.S. 27. Pereira passed away at the scene.

The Dundee man was tkaen to AdventHealth Heart of Florida for non-life threatening injuries. Officials said both drivers were wearing seat belts.

Officials said Pereira was a mechanic at the Florida National Guard Armory in Haines City.

Most lanes on U.S. 27 were closed for about nearly four hours, but have since reopened.

Impairment doesn't seem to be a factor in the crash.