TAMPA, Fla. - Millions of passengers travel through Tampa International Airport every year and folks are able to easily find their way around thanks to Jane Davis Doggett.

"Getting you on your plane, that was my job," Doggett said.

During the late 1960s, she was part of a team of four working to design Tampa's brand-new airport.

Organizing TPA into red and blue zoning was her brainchild; an innovative and intuitive design that divides the airlines, and entire airport into separate sides for travelers as soon as they drive onto the property. All they have to do is remember their color.

"People could be oriented to where they were going," explained Doggett. "They could park in relation to their destination. They could make it all just work better if they were zoned in ahead." 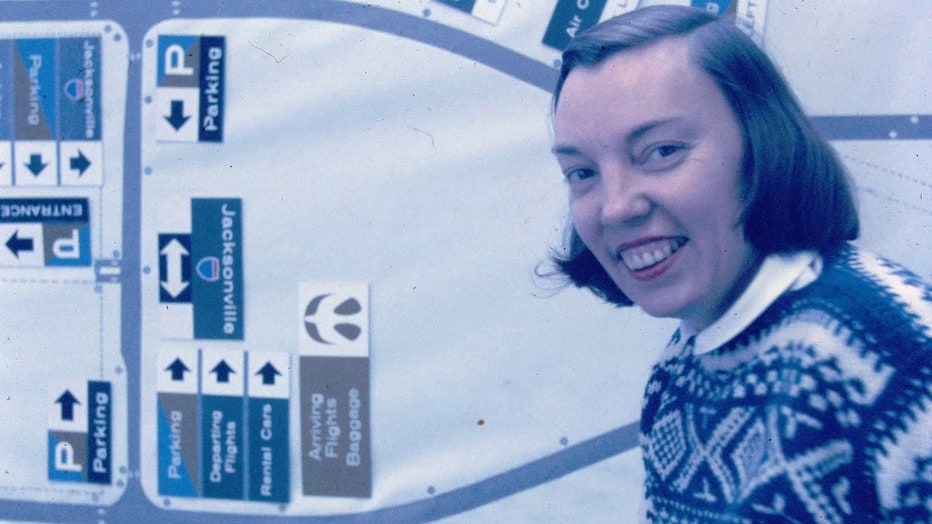 Doggett was working in a field almost exclusively run by men. However, she became a pioneer in environmental graphic design, and went on to create concepts and signage for more than 40 airports worldwide.

"We really have Jane to thank for the incredible wayfinding, and for our beautiful logo," said vice president of Tampa International Airport Christopher Minner. "We call it the Spirit of Flight. That's what she named it all the way back in the 1960s, and we have not changed it, all the way to this very day."

Hers were two timeless contributions still in use more than 50-years later.

Doggett is an internationally recognized designer, and was inducted into the Florida Artists Hall of Fame in 2016.

This past weekend, the 92-year-old was honored by TPA with the inaugural Spirit of Flight Award, recognizing Doggett for her contributions to aviation, and the doors she opened for other women in the industry.