Police in Miami are searching for suspects who killed two and injured more than 20 people in a Miami shooting.

MIAMI, Fla. - Miami-Dade police have found the vehicle used by three gunmen who killed two people and injured more than 20 others during an early Sunday gathering at a banquet hall submerged in a canal.

The Miami-Dade Police Department said Monday that it recovered the Nissan Pathfinder in the area of 154th Street and Northwest Second Avenue. It was reported stolen May 15, police said.

The SUV was found by police divers in Key Biscayne, located just east of Miami. Residents told WPLG-TV the area is a notorious dumping ground.

Hours earlier, authorities released surveillance video of the SUV, which was stolen on May 15, police said. The brief video footage shows the gunmen getting out of the vehicle near the El Mula banquet hall with weapons and running back seconds later before peeling off.

Fox News has reached out to the Miami-Dade Police Department.

Investigators said the gunmen waited in their vehicle for 20 to 40 minutes for concertgoers to gather out front and that's when the gunmen ‘indiscriminately’ opened fire. Several people in the crowd who were armed returned fire, authorities said Monday. 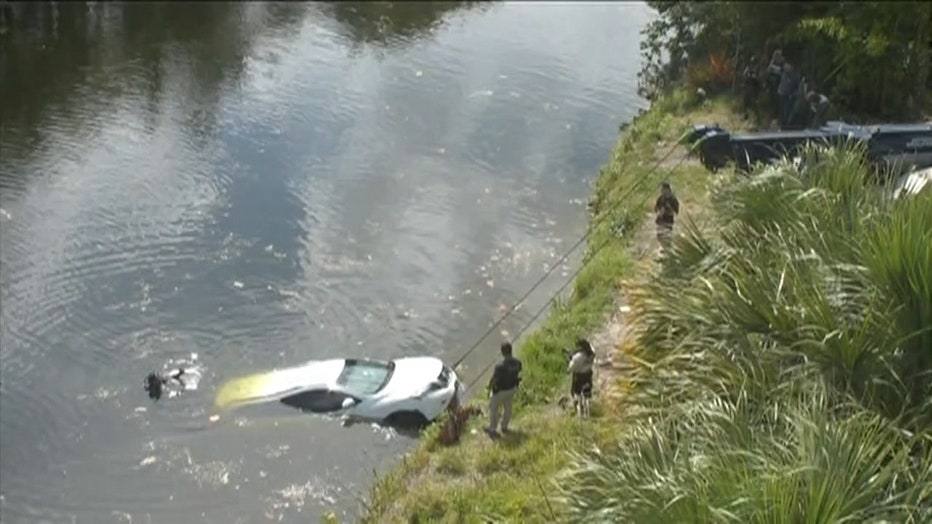 Two men, both 26, were killed, and 21 were injured. The Miami-Dade Police Department said 18 victims, including five women, remain hospitalized. No arrests have been made.

Three other victims – a 31-year-old woman and two men, ages 21 and 25 -- remain in critical condition. Three people have been released from hospitals, including a 17-year-old who was shot in the leg.

Authorities believe the shooting stemmed from a rivalry.

"We know that our intended target was most likely in front of the establishment when the shooting took place," Major Jorge Aguilar of the Miami-Dade Police Department.

Authorities are offering a $130,000 reward for information on the shooting.