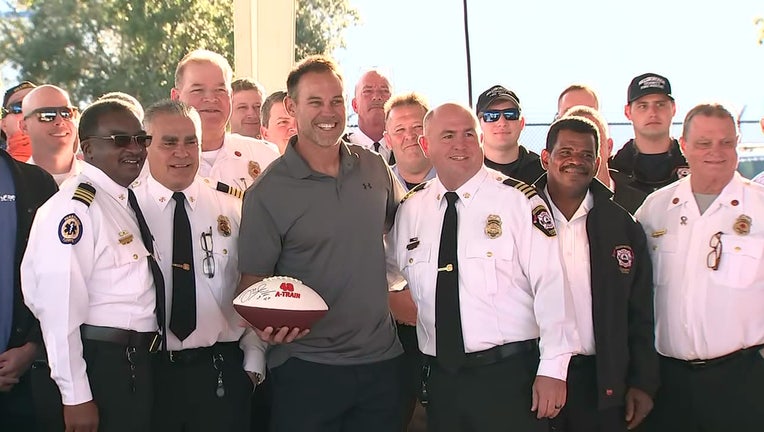 TAMPA, Fla. - Hillsborough County firefighters won't have to worry about shopping for Thanksgiving this year thanks to a former Buccaneer.

Mike Alstott and his nonprofit handed out complete turkey meals to firefighters Monday. It's his annual tradition of feeding the first responders and thanking them for their dedication, even on holidays.

Partnering with local businesses, the ‘A-Train’ and volunteers packed dinners for all 46 stations.

"It's kind of one of the biggest family holidays of the year," Alstott explained. "And these guys, men and women, are at their stations protecting us."

"It's an awesome feeling to being able to partner not only with the community, but with somebody like Mike Alstott who we've all been fans of over the years," Chief Jason Dougherty offered. "And to actually see him in person, giving back to our folks, brings that team concept that Mike's always been known for. We couldn't be more excited to share with us."

Alstott first started in 2008 giving out Thanksgiving meals to firefighters in Pinellas County before expanding to Hillsborough in 2019.