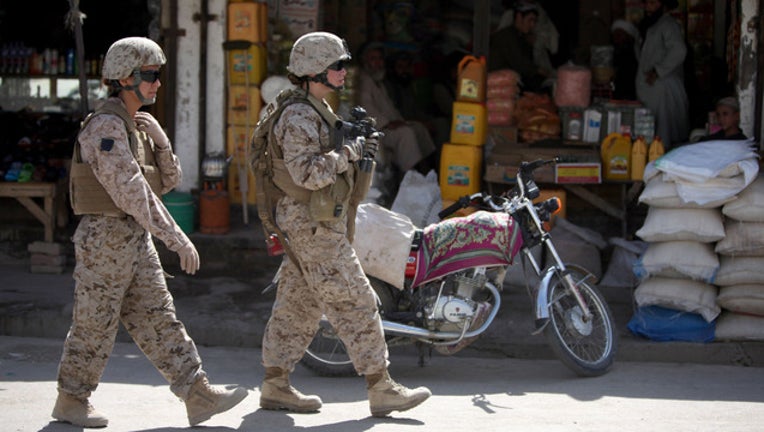 Defense Secretary Ash Carter will order the military to open all combat jobs to women, The Associated Press has learned, rebuffing attempts by the Marine Corps to exclude women from certain front-line combat jobs.

Carter was expected to announce the change on Thursday, according to a senior defense official, who was not authorized to discuss the change publicly and spoke on condition of anonymity. Carter is giving the armed services until Jan. 1 to submit plans to make the historic change.

The Joint Chiefs of Staff chairman, Gen. Joseph Dunford, former Marine Corps commandant, had argued that the Marines should be allowed to keep women out of certain front-line combat jobs, citing studies showing that mixed-gender units aren't as capable as all-male units. Carter's decision was a rejection of that argument.

Carter's order will let women serve in the military's most grueling and difficult jobs, including as special operations forces, such as the Army Delta units and Navy SEALs, according to the defense official.

The decision comes after several years of study, and will wipe away generations of limits on how and where women can fight for their country.

The senior defense official said all the services will have to begin putting plans in place by April 1.

Carter has hinted at this decision for months, telling U.S. troops in Sicily in October that limiting his search for qualified military candidates to just half the population would be "crazy."

He had given Dunford until the end of October to forward his review of the services' recommendations on which jobs, if any, should remain closed to women. As Marine commandant, Dunford was the only service chief to recommend that some front-line combat jobs stay male-only, according to several U.S. officials.

Carter had pledged to thoroughly review the recommendations, particularly those of the Marine Corps, but said he generally believes that any qualified candidate should be allowed to compete for jobs. But the senior defense official said that while Carter recognizes there may be difficulties in opening the jobs to women, he has made his decision and all the services will follow it.

For that reason, the defense secretary said the military should recruit women into as many specialties as possible