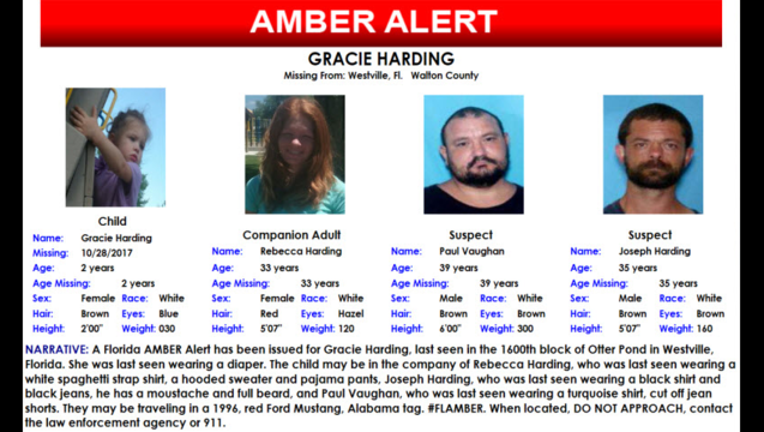 Authorities have issued an amber alert for a 2-year-old girl missing from Westville, Florida.

Police are also searching for 33-year-old Rebecca Harding, who is listed as a companion adult.

Joseph Harding was last seen wearing a black shirt and black jeans. He has facial hair, is 5 feet 7 inches tall and weighs 160 pounds.

They may be traveling in a 1996 red or orange Ford Mustang with an Alabama tag. Anyone with information on their whereabouts should call 911.