CAPE CORAL, Fla. - Police in Florida are looking for a young mom who had disappeared after she was last seen getting off a bus during the early-morning hours in Cape Coral in July.

Erica Johnson, 36, was photographed at a Southeast 47th Terrace bus stop in Cape Coral just before 5:30 a.m. on July 8, wearing jeans, sneakers, a baseball cap and a sweatshirt tied around her waist.

That same morning, she boarded a nonstop Greyhound bus in Fort Myers bound for Tampa, carrying a travel pillow, her bags and her bunny, the Cape Coral Police Department said earlier this week.

July 8 was the last anyone has seen or heard from her, police said. Johnson’s family reported her missing on July 14. Police said investigators had obtained information that caused them to upgrade her case to that of a "missing and endangered adult."

‘It floored me’: Body found in serial killer’s backyard 4 decades ago identified as teen who vanished in 1980

According to WINK News, Johnson had been exhibiting warning signs that something unusual was happening in the weeks that preceded her disappearance. 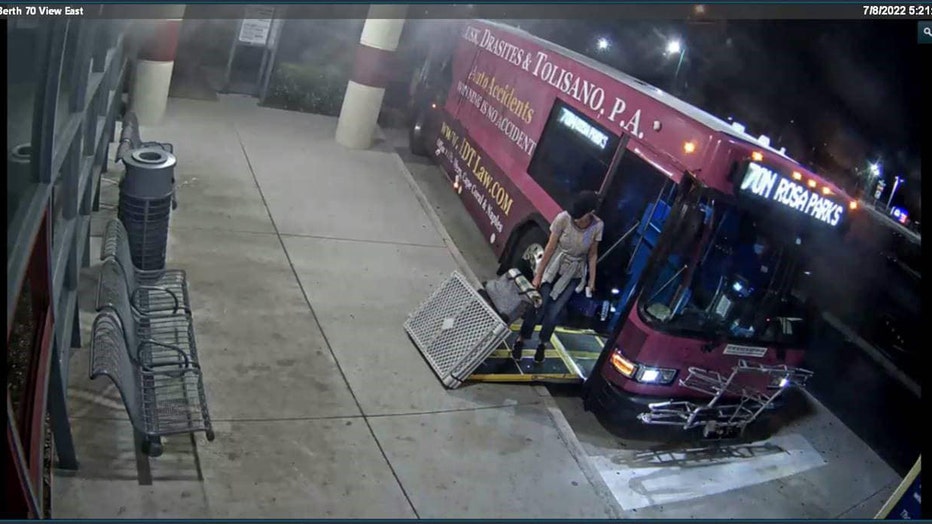 In one example, the news outlet reported that she had canceled plans with her ex-husband to see their children, saying she needed to work.

Investigators reportedly went to Johnson’s home and discovered her belongings still there, but she and her pet bunny were gone.

Police said Johnson has brown hair with blonde highlights and a small freckle "on the lower side of her face." She is 5-foot-8 inches tall, about 130 pounds and has green eyes.

They are asking anyone with information to call the Cape Coral Police Department at 239-574-3223.