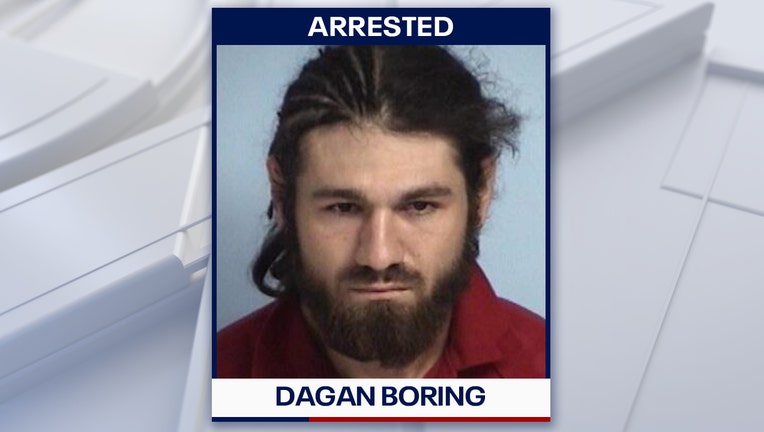 SANTA ROSA BEACH, Fla. - The search for a missing Kentucky woman is over after deputies located her remains inside a Florida state forest and charged a man she was believed to be in a relationship with for her murder.

Deputies say the remains of 37-year-old Tara Deaton were discovered this week inside Point Washington State Forest. Deaton had been reported missing in June, two weeks after her vehicle, a gray Lexus coupe, was involved in a hit-and-run crash in South Walton County, which is about 45 minutes west of Panama City.

On May 24, one day after the hit-and-run crash, Deaton’s car was found in a wooded area about two miles from the crash site, according to the Walton County Sheriff’s Office. The car was impounded and deputies executing a search warrant say they discovered blood in the trunk.

Investigators interviewed Deaton’s friends and family and were eventually led to Dagan Blake Boring, 24, of Santa Rosa Beach. Detectives say Boring is believed to have been in a relationship with Deaton at the time of her disappearance.

Deputies say they tracked Boring down to a convenience store in Fort Walton Beach on July 14, and he later led them to Deaton’s body inside the forest.

"This is not the ending we hoped for," said Sheriff Michael Adkinson. "But, with a successful prosecution, we hope to bring some closure to Tara’s loved ones."

Boring was arrested and charged with homicide.