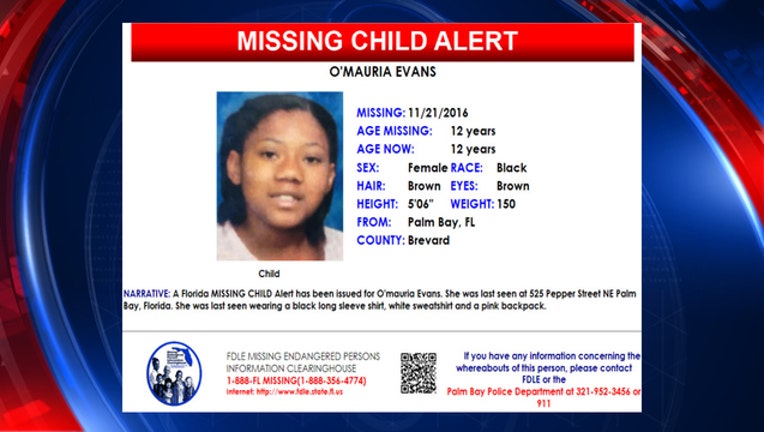 PALM BAY (FOX 13) - A missing Palm Bay girl has been found safe, just hours after an alert was issued.

Just before 4 ap.m., FOX 35 in Orlando reported that O'mauria had been found and was being interviewed by police.