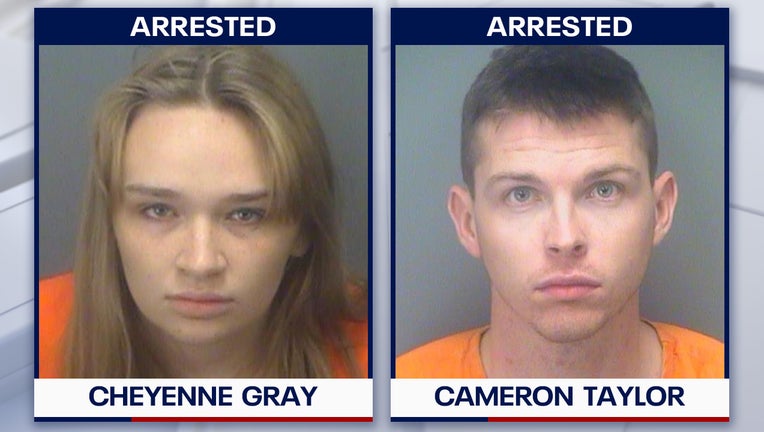 CLEARWATER, Fla. - Clearwater police arrested a mother and her boyfriend for child abuse after the woman's 2-year-old daughter ended up in critical condition.

Police arrested Cheyenne Gray and Cameron Taylor, both 21, on Wednesday in connection with injuries sustained by Gray's daughter.

Investigators said the 2-year-old girl suffered multiple broken bones and other injuries while in Taylor's care the previous week.

Taylor told detectives the injuries happened when the toddler fell off the bed. He also said the little girl fell off of a toilet and hit her face on the tub. At another point, he told investigators the child was sitting between his legs when she fell face-first onto the floor.

Gray said she did not seek immediate medical attention for her daughter because she knew it would make her look like an abusive mother.

When the 2-year-old girl was taken to Mease Countryside Hospital on Wednesday, medical staff there called Clearwater police.

The toddler was then transferred to St. Joseph's Children's Hospital in Tampa, where she remains in critical condition.