ST. PETERSBURG, Fla. - The final details on wings sculpted from steel tell the story of a pilot, a plane, and a flight that changed history.

“[It was] the first commercial aviation flight in the history of aviation and it happened right here in the city of St. Petersburg. That’s a huge event,” explained Mark Aeling, the sculptor whose team is creating a huge, full-scale monument of the plane called the Benoist, which flew between St. Petersburg and Tampa in 1914.

It was the first regularly-scheduled airline anywhere.

“It’s got a 45-foot wingspan and the entire sculpture, including the basing element, weighs 16,000 pounds,” said Aeling.

But unwrapping the story reveals the very essence of the first flight: The pilot Tony Jannus. A bronze bust of Janus just arrived at Aeling’s studio. 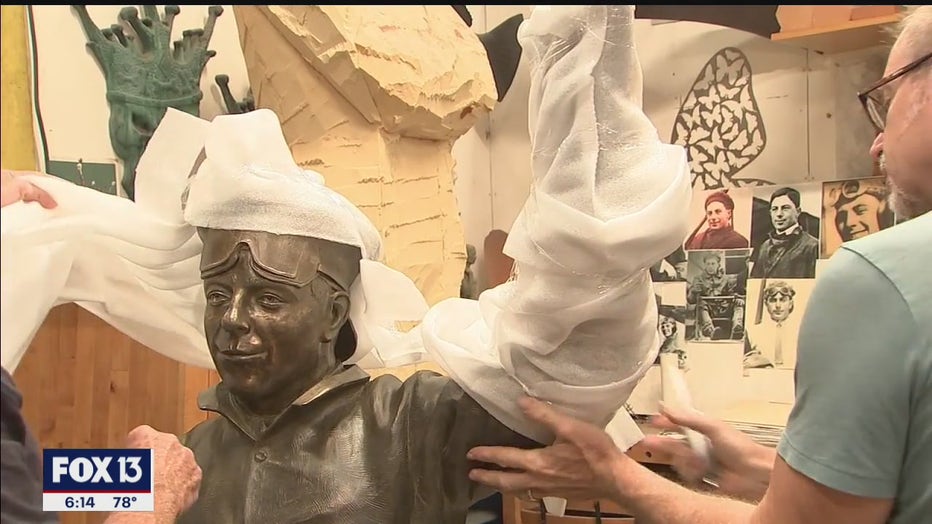 “He’s this incredibly charismatic and dynamic figure and he always has a big smile on his face,” said Aeling.

In the monument, his statue will sit beside Jannus just as he did over a century ago. 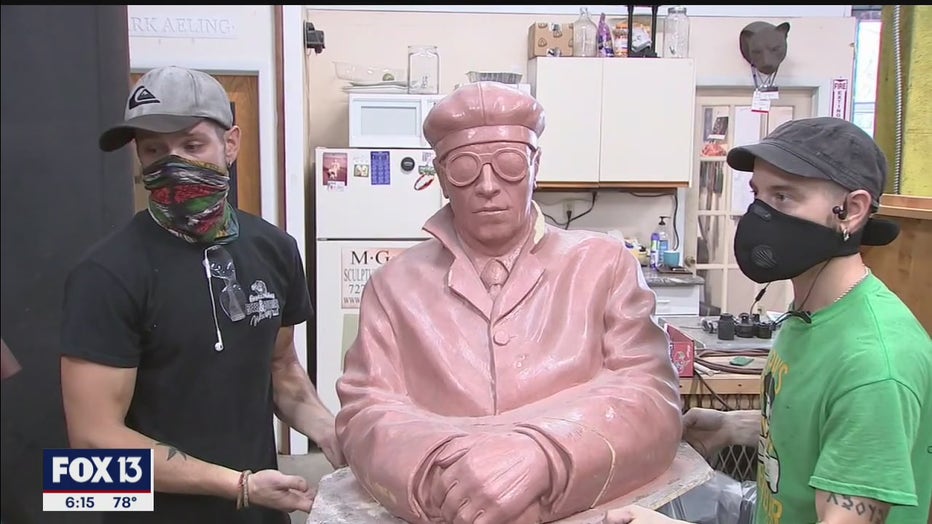 The monument will be placed on the approach to the new St. Petersburg Pier in the very spot where the flight originated in 1914.

“Tens of thousands of people will see the sculpture and say, 'What’s that all about?'” said Will Michaels of Flight 2014, the group that raised more than $1 million for the monument. 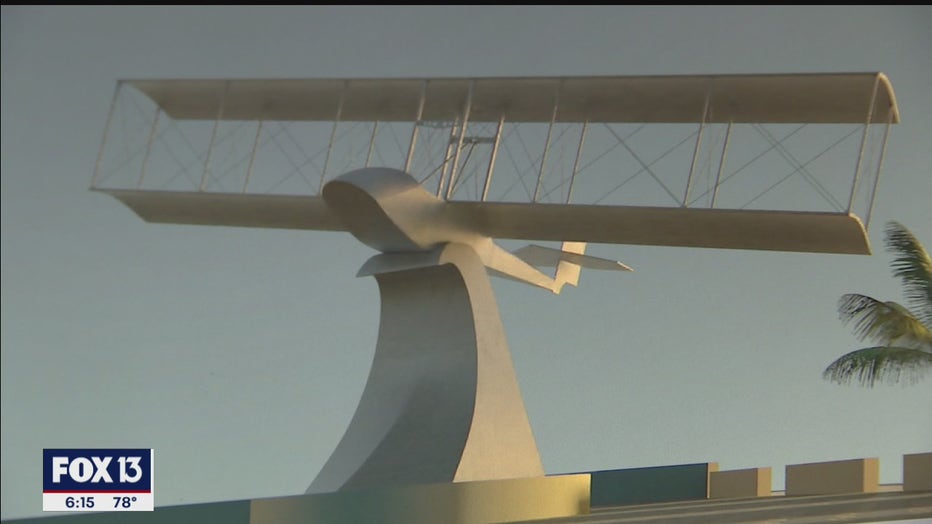 Aeling says plans call for the monument to be installed on the site in October, with a formal dedication in early 2021. He says the significance of Jannus and the Benoist deserves recognition.

“That event has altered the entire function of the way that we do business and that we travel,” he added.