PINE ISLAND, Fla. - It's a rescue mission that's been dubbed "Operation Noah's Ark" after volunteers helped transport more than 200 birds from a sanctuary on Pine Island.

Hurricane Ian wiped out the island's bridge leaving rescuers to find boats to get the animals to dry land.

Volunteers spent hours carefully getting the birds out of their cages and into boats. Will Peratino and Lauren Stepp who run the Malama Manu Sanctuary where the birds live were ordered to evacuate Pine Island, but say they just couldn't leave them behind so they rode out the storm in their home on stilts with all 275 birds and two lemurs.

Birds were squawking and wings were flapping as volunteers one-by-one plucked parrots and cockatoos from their sanctuary cages and placed them in transport kennels.

"We're going to try to crate up as many parrots as we possibly can and get them to safety. They were short on food, but fish and wildlife was able to get them food 2 days ago," volunteer Alexis Highland said. 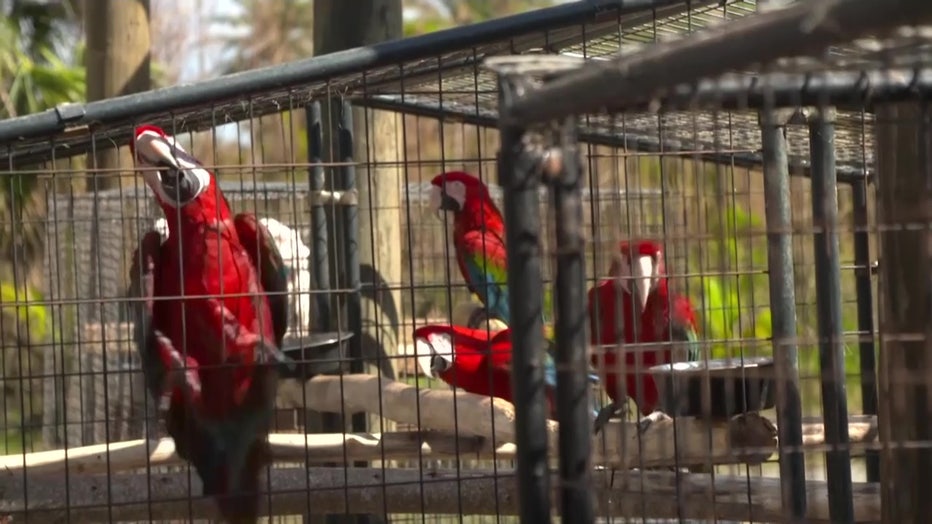 The Malama Manu Sanctuary was ravaged by Hurricane Ian.

The sanctuary was ravaged by Hurricane Ian. Cages were flooded and part of their roof was ripped off.

"I have a five-foot fence around the property and the water was a foot over the fence," Peratino explained. "If we had not captured all the birds and put them in crates and put them 12 feet up. We would have lost all of them." 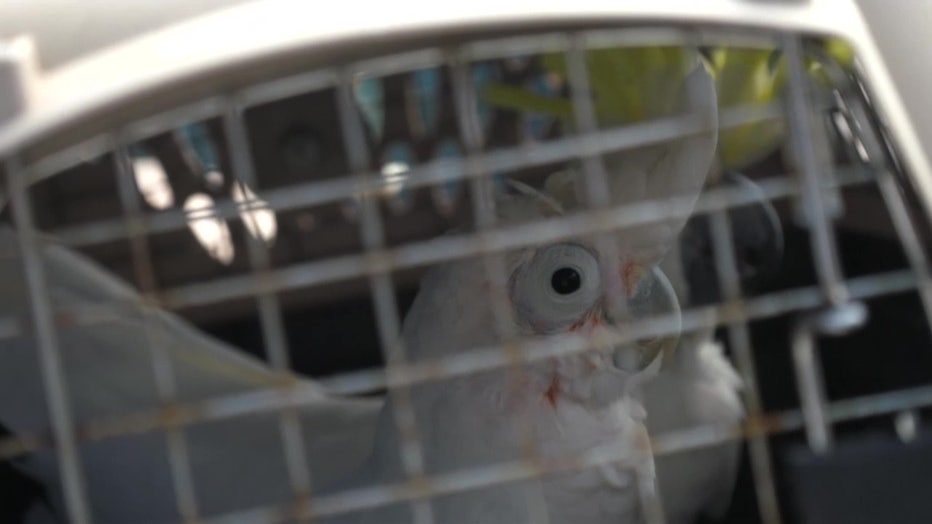 Volunteers helped transport more than 200 birds from a sanctuary on Pine Island.

Project Dynamo--a Tampa-based, donor-funded rescue group--heard about the sanctuary and how the owners were desperate for transportation so Tuesday they pulled together four boats and helped transport all the birds to dry land while navigating the dangers left behind by the storm.

"In the canal system there are full cars that were on land that are now inches below the water that can rip the bottom off our boat so we had to be extremely careful with how we do it," Project Dynamo Co-Founder Bryan Stern said. 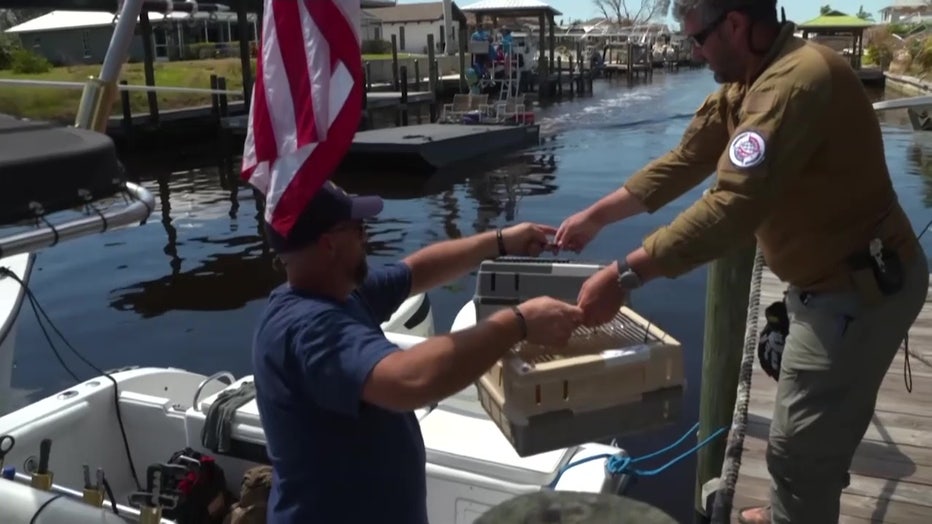 Project Dynamo pulled together four boats and helped transport all the birds to dry land.

It was a major undertaking Peratino wasn't sure would be possible. He's thankful they can now rest easy knowing all their animals are safe.

"This represents us being able to accomplish what we wanted to do which was to save all these birds," Peratino said.

All of the birds have been taken four hours north to be cared for by a different sanctuary. They expect they'll be there at least for the next six months to a year while they work to repair and rebuild the Malama Manu Sanctuary in Pine Island.