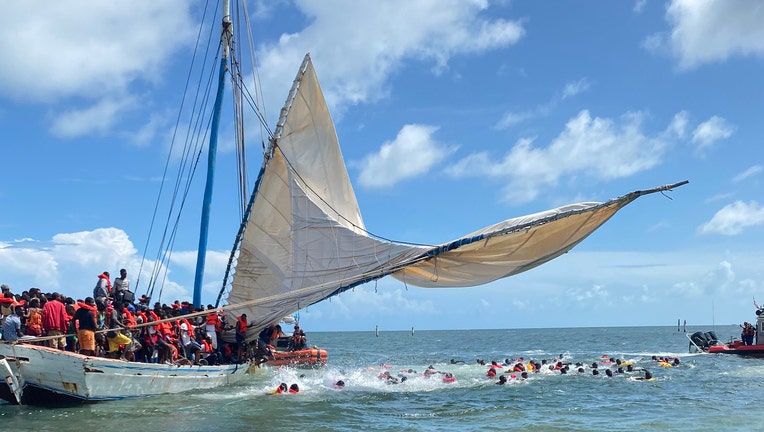 Pictured: Ship with Haitian migrants on board that ran aground near Key Largo. Courtesy: U.S. Coast Guard

KEY LARGO, Fla. - Over two days, federal authorities say they have responded to 16 migrant landings in Florida and arrested 268 migrants.

On Saturday, Border Patrol agents took 113 Haitian migrants into custody after their sailing-vessel ran aground off the coast of Key Largo, near the gated community of Ocean Reef, officials said.

According to a Tweet from Chief Patrol Agent Walter N. Slosar, who heads the Border Patrol’s Miami sector, two migrants were taken to an area hospital for dehydration. The tweet went on to say that the remaining 218 migrants onboard were transferred to a U.S. Coast Guard boat.

In a video posted to Twitter, Slosar said agents are working to keep the migrants "safe, clean, fed and healthy and identify exactly who they are and what they may or may not have wrong with them."

As rescue crews transferred the people from the grounded vessel to Coast Guard ships, some jumped in the water without life jackets and needed to be rescued by crew members.

The area off the coast of northern Key Largo has been a frequent destination for Haitian migrants since November.

"This is an ongoing investigation, and we are trying to identify the smugglers who crammed these people onto that vessel," Slosar said. 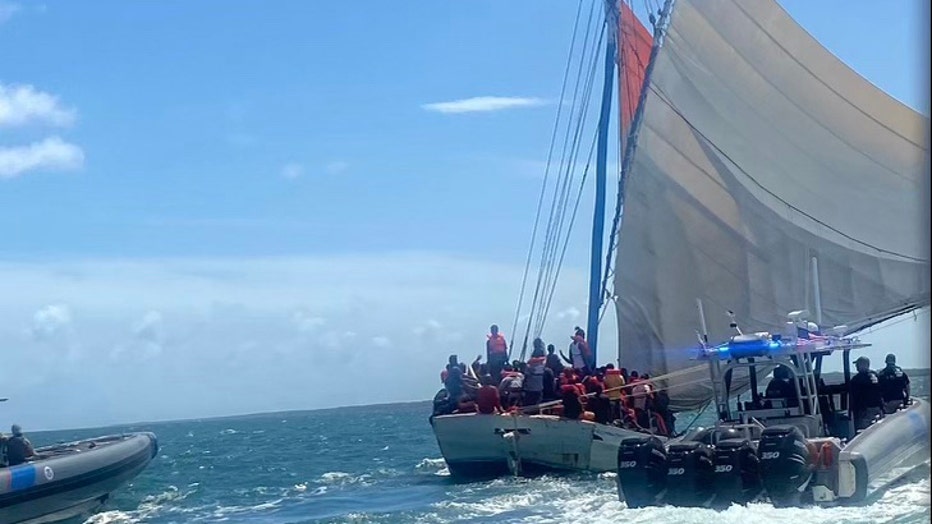 Pictured: Ship with Haitian migrants on board that ran aground near Key Largo. Courtesy: U.S. Coast Guard

Slosar says all the migrants detained over the past few days were on makeshift, overloaded vessels.

Officials are asking migrants to avoid these dangerous voyages which can result in death. 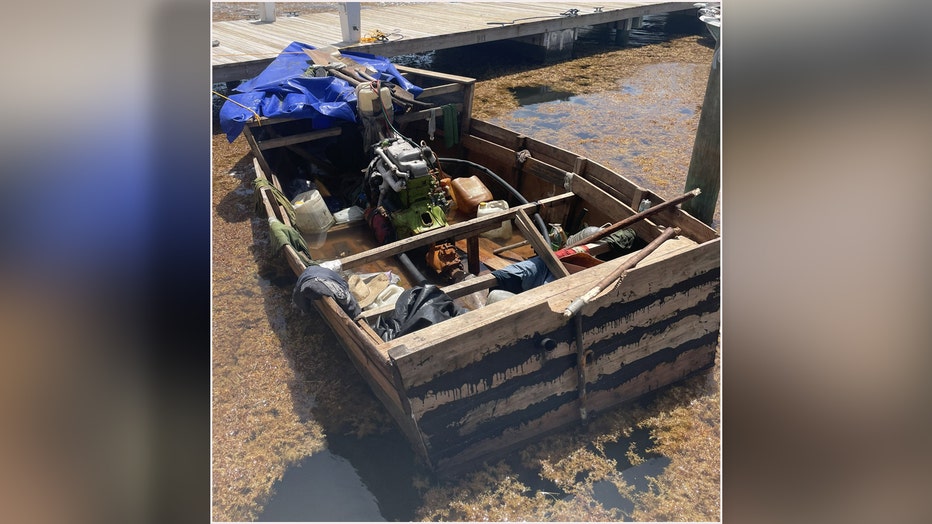