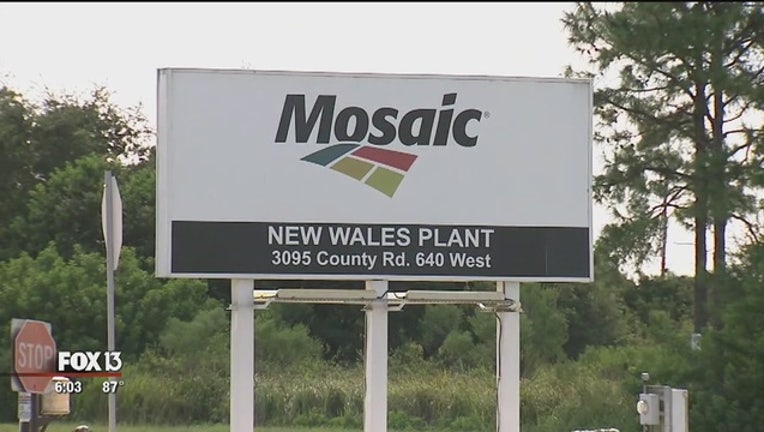 MULBERRY (FOX 13) - Mosaic Fertilizer in Mulberry was evacuated at 10 a.m. Tuesday morning after 100 pounds of ammonia spilled from a broken pipe.

According to the incident report, the above-ground pipeline containing the ammonia was purposely broken for maintenance purposes. The maintenance workers reportedly did not realize that ammonia was still in the pipe.

No injuries or fatalities were reported, however the building is being evacuated.

It is not known how many people were inside the building at the time.

Mosaic's Emergency Response Team is on scene handling the incident.