SARASOTA, Fla. - A new medical advancement is bringing dying coral back to life. Mote Marine Laboratory worked with pharmaceutical scientists to develop a medicine which tests have shown help in treating a deadly coral disease known as Black Band Disease.

"Corals are actually the foundation of the coral reef as an ecosystem," Mote Marine Laboratory Senior Scientist Erin Muller said. 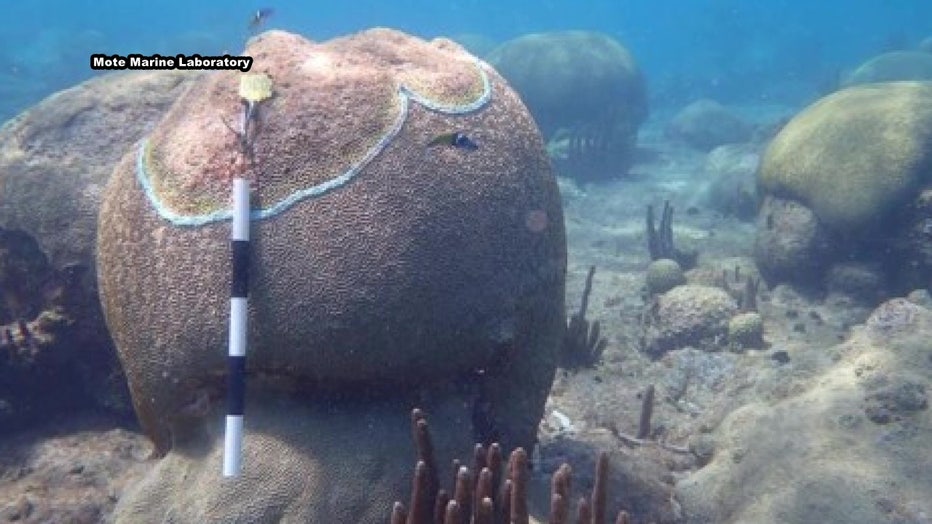 More than a quarter of marine life rely on coral. It offers a source of food and protection, and it's also key in protecting coastlines from storms and erosion.

"As large waves move through, a lot of the energy gets absorbed when the waves hit the coral reefs and that helps to protect our roads and infrastructure," Muller said. "They also provide novel sources of medicines that we can use to fight human diseases."

According to the Smithsonian Institution, the world's coral reefs have declined by more than half since the 1950s. Some said it's because of overfishing and climate change.

Another factor contributing to the decline is a disease known as Black Band Disease.

"Once it hits one coral, it creates a matte that's black, but that black mat can become dislodged. And so when that happens, it creates these little particles that can infect neighboring colonies," Muller said.

As Muller explains it's all about stopping the spread, so to help Mote Marine Lab teamed up with the National Park Service and pharmaceutical scientists at Ocean Alchemists LLC to try to develop a medicine to treat it. 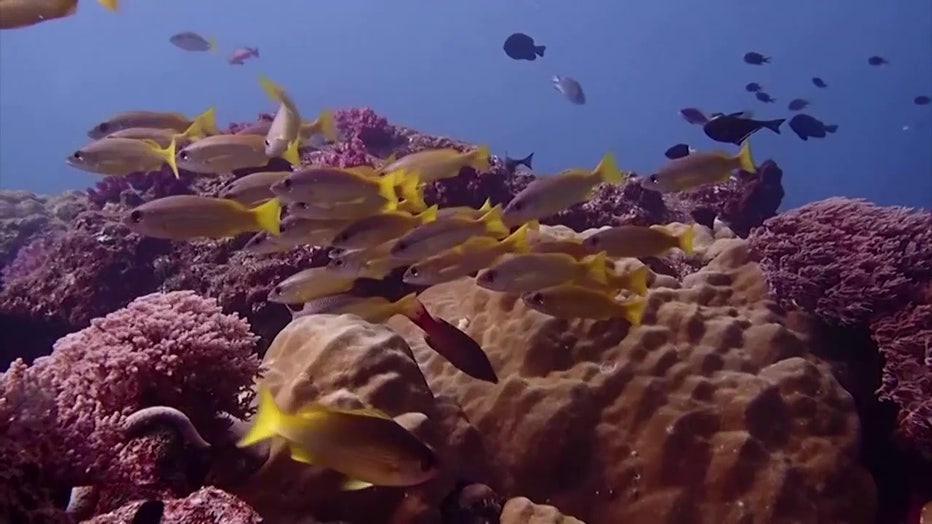 Muller and their team tested more than 13 different treatments on coral in the Caribbean at the Buck Island Reef National Monument in St. Croix before coming up with their product "CoralCure." It's applied by stapling ropes soaked in the ointment to the coral. Photos taken over a span of six months show once applied "CoralCure" stopped the Black Band Disease in its tracks keeping it from spreading to more coral.

"We were just dancing underwater and celebrating, you know, in our regulators, in our masks, because we had tried a bunch of other things that just didn't work," Muller said.

Their work has since been published in a scientific journal with the Public Library of Science. Muller and her team are now working with Ocean Alchemists LLC to market the ointment, so they can sell it in other regions of the world.