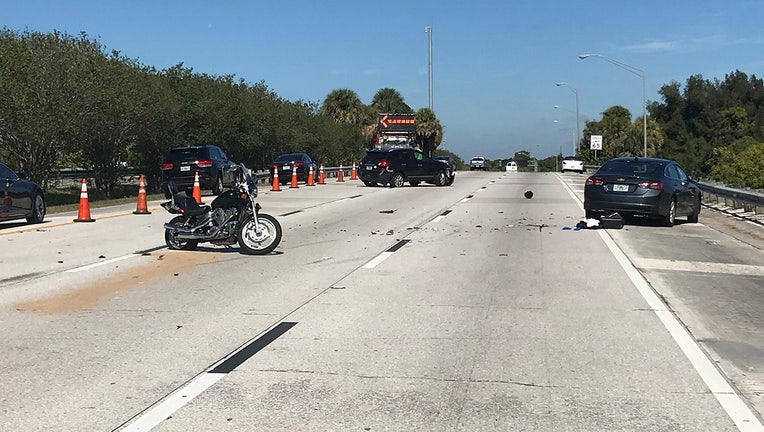 ST. PETERSBURG, Fla. - A motorcyclist was critically injured when another car failed to slow for traffic on Interstate 275 this morning, causing a multi-vehicle crash that closed the highway’s northbound lanes.

According to the Florida Highway Patrol, it was just after 9:30 when a Chevy Malibu, headed northbound on I-275 near 54th Avenue S, came upon slower traffic. The driver of the Malibu failed to stop in time and ran into the back of a motorcycle, knocking it into the SUV in front of it.

The driver of the motorcycle, identified only as a 56-year-old Gulfport man, was taken to Bayfront Medical Center with critical injuries.

Troopers say charges are pending against the 58-year-old driver of the Malibu, identified as Diane Caraker of Leverett, Massachusetts.

The highway's northbound lanes were closed for nearly four hours, but have since reopened. 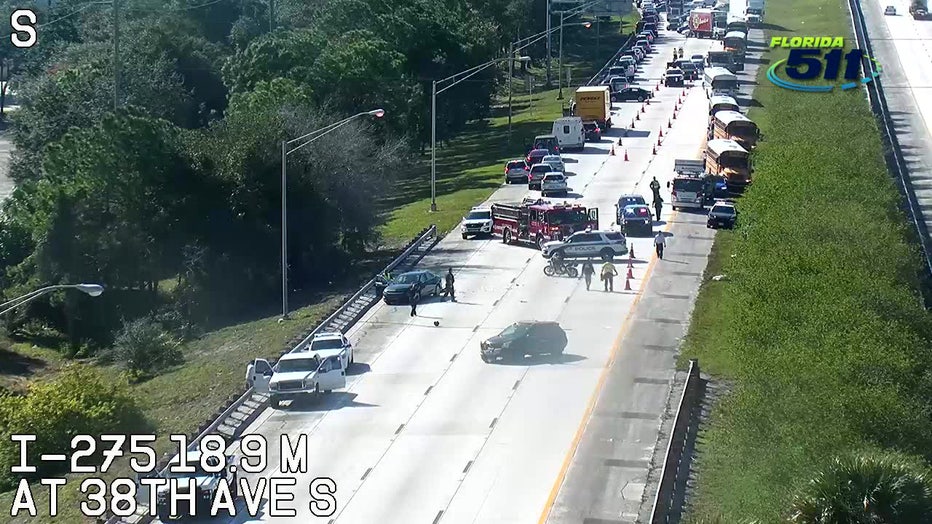