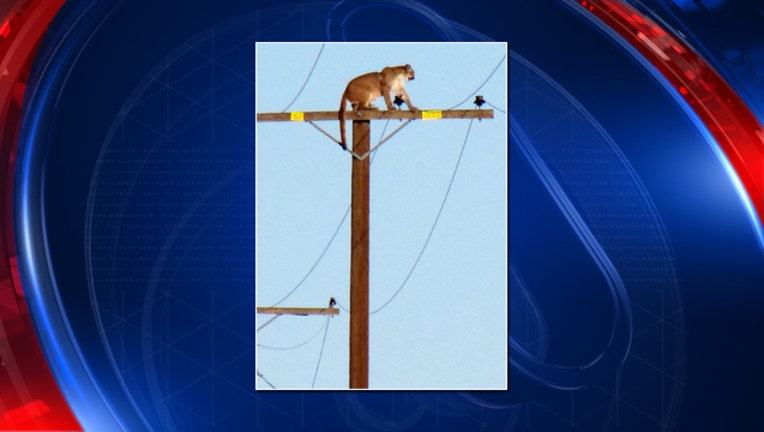 VICTORVILLE, Calif. (AP) - An elusive mountain lion took up a very public perch atop a 35-foot utility pole in the California desert.

The big cat apparently got spooked by a bus of screaming school children and clambered up the wooden power pole Tuesday in rural Lucerne Valley.

The cougar stayed atop the pole all afternoon Tuesday but was gone by Wednesday morning, the Daily Press of Victorville reported.

A staffer for the newspaper snapped a picture of the rare pole cat roost. Another photo of the lion was posted to Reddit late Wednesday.

The creatures live throughout Southern California but are rarely seen.

Jose Ruiz, who lives across the street, said the cat endured more than just stares from gawkers and the watchful gaze of two California Department of Fish and Wildlife officers who shooed onlookers away.

Several birds made a racket harassing the animal.