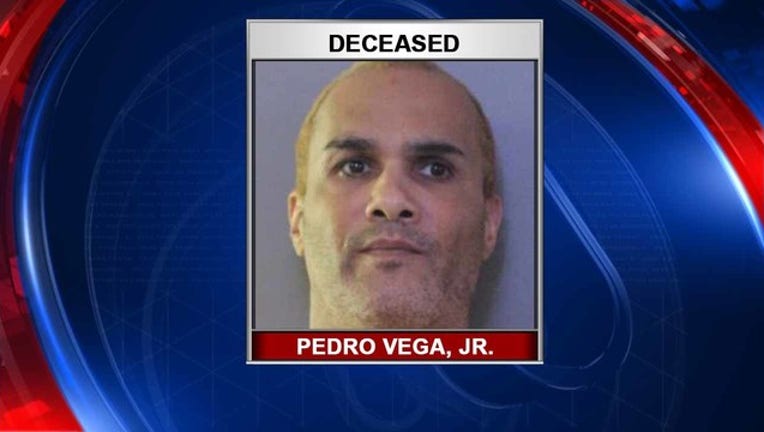 BARTOW (FOX 13) - A man accused of killing his aunt and stabbing his father was found dead in his jail cell.

Polk County deputies said Pedro Vega, Jr. was found hanging in his cell on Sunday evening while they were doing a routine inmate check.

His death is being investigated as a suicide, according to the Polk County Sheriff's Office. Detention deputies check on inmates every 15 minutes, which is an agency policy. A detention deputy saw him standing upright in his cell at 5:57 p.m., but when another deputy looked into his cell again at 6:09 p.m., Vega was seen slouched against a wall of the cell.

Deputies then entered the cell and removed the sheet, which was wrapped around his neck.  They administered CPR, but he was declared dead by doctors at the Florida Hospital in Sebring, according to a media release.

"Pedro Vega had a history of escape and escape attempts - in fact he tried to escape custody when he was in the hospital last week. He appears to not to have wanted to spend the rest of his life in prison for his many heinous crimes, including murder,” said Polk County Sheriff Grady Judd in the release. “He was a very violent man, on a mission to escape, and ultimately, he did."

Vega was arrested last week after deputies said he killed his aunt, Rosa Vegan and stabbed his father, Pedro Vega, Sr. 23 times at a Davenport home. He was wanted for stabbing and beating his estranged wife back in May.