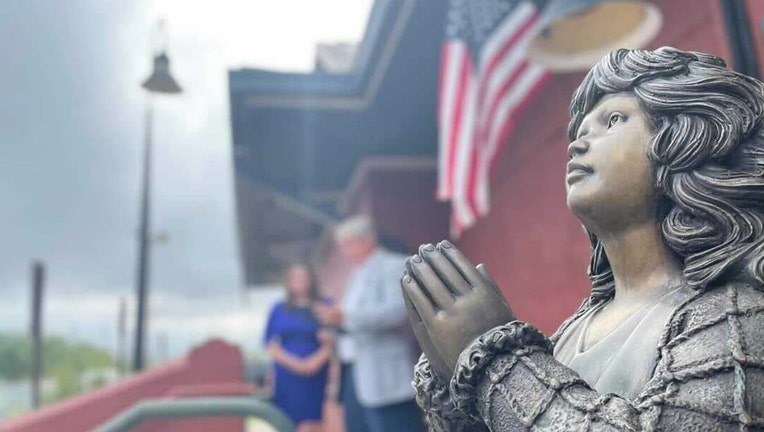 PENSACOLA, Fla. - Occupying a train depot that hasn’t been used in 17 years, a new museum dedicated to the legacy of women veterans opened Wednesday in the Florida Panhandle.

The Monument to Women Veterans in Pensacola opened its doors a day before Veterans Day. Its founder eventually hopes to offer social services to veterans and add a training center that can offer courses on topics such as drone certification for the construction and real estate industries. The grand opening is the first step in a long-term plan to connect veterans to jobs, training and services.

"We are grassroots so a lot of it is the community coming together," founder Michelle Caldwell told the Pensacola News Journal.

Caldwell, a veteran, said there weren't many places in the U.S. that are specifically dedicated to female veterans – which created the inspiration for the facility.

It's been over 60 years since Norma, a pharmacist in the 1940s, helped David during WWII at a Navy hospital in California. They went their separate ways, living separate lives: he was up in North, she stayed in California. After all this time, they ended up at the same Pasco County nursing home -- right down the hall from each other.

"We are grassroots so a lot of it is the community coming together," she told the newspaper. "We’re at a point where we can let people see we’ve got this space developed and this is phase 1, but we want to go to phase 2 and develop a training center."

In its current configuration, the 3,500 square foot museum is located in a former train depot that has been vacant since Hurricane Ivan in 2004. Caldwell worked with the city of Pensacola to lease the building for the museum and she plans to expand as funding allows.

MORE: Tampa tops the list of best cities for veterans to live in, new report finds

The University of West Florida Historic Trust and Naval Aviation Museum helped fill the museum with memorabilia, but Caldwell is seeking more contributions from women in the military in the Pensacola area to add to the collection.

"What we’re doing here addresses every need I see in the county and city, and I see it to have a huge economic impact attached to it," Caldwell said. "They say if you build it, they’ll come, but we need to have the programming in place to address the amount of veterans that are needing help."