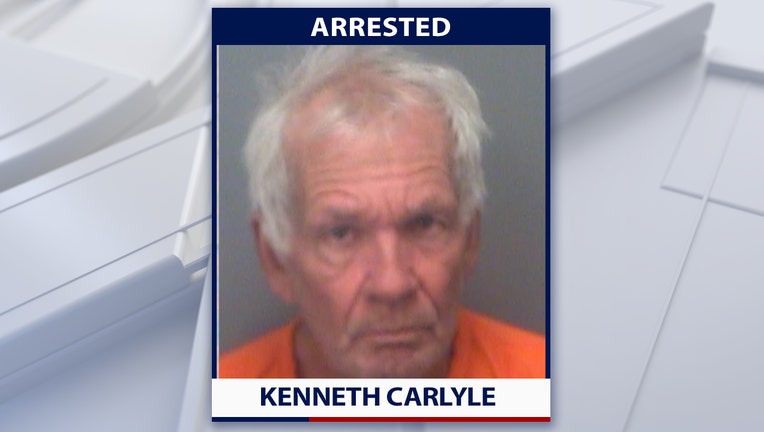 CLEARWATER, Fla. - A Clearwater man is accused of using a glass table on his neighbor’s porch as a toilet while in the buff.

Deputies arrested Kenneth Carlyle on Friday afternoon after they say he damaged personal property when he defecated on his neighbor’s porch.

Deputies say, Carlyle, who was naked at the time, was seen on home security footage walking up his neighbor’s driveway and committing the dirty deed.

According to the Pinellas County Sheriff’s Office, Carlyle was still in the nude when authorities found him at his RV. Deputies say he was uncooperative when they spoke to him about the incident.

READ PCSO: Man dies after being crushed by a bulldozer while inside a porta-potty at Polk County landfill

Carlyle has been charged with misdemeanor criminal mischief.