TAMPA, Fla. - It may sound like a Hollywood plot, but what if an Earth-killing asteroid really was barreling towards our planet?  That possibility is something the folks at NASA are taking seriously with their latest mission known as DART, or Double Asteroid Redirection Test.

In a nutshell, they’re going to shoot an asteroid with a small spacecraft.

"Soon to be on our way to the asteroid where we'll run into it at 15,000 miles per hour.  It'll be used as a test for planetary defense," said NASA’s Zach Fletcher.

After launching from California, it's going to take about 11 months to reach that asteroid, which is not a threat to Earth. 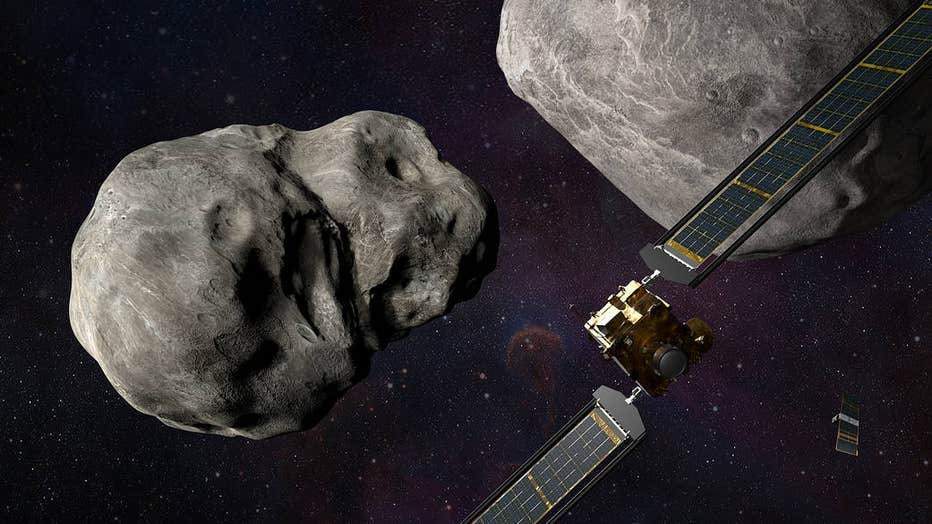 This illustration is of the DART spacecraft prior to impact at the Didymos binary system. (NASA/Johns Hopkins, APL/Steve Gribben)

This is NASA’s first time doing this sort of test, full scale.

"The impact will barely move the asteroid at all. We're changing its speed by half a centimeter per second," Fletcher said.  "That will be measurable from the ground, which is the point of this test."

If all goes as planned, a little nudge like this one could be enough to someday shift a potentially dangerous threat from turning us into the dinosaurs.

The DART mission is scheduled to lift off via a SpaceX rocket around 1:20 a.m. Eastern Time from Vandenberg, California.  Impact is expected next October.