A wine bottle that was on the International Space Station for a full year is expected to sell for $1 million.

LOS ANGELES - May 25 is National Wine Day, so get your cheese board ready, pour a glass of your favorite vintage and settle in to stream documentaries and shows that will transport you to vineyards around the world for free.

Whether you prefer red, white or rose, what better way to mark the day than with free documentaries and shows about how those fermented grapes turn into mouth-watering bottles of wine?

The world of wine isn’t a monolith, and there’s a lot to know. Even if you’re not a wine aficionado, tap into your inner sommelier on Tubi with several titles all about wine that will give you a new appreciation for each bottle. 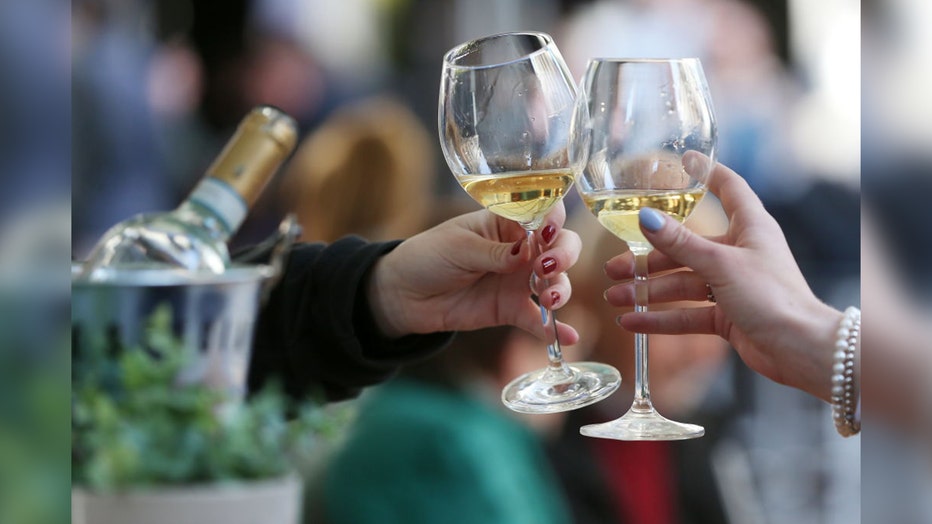 FILE - Women toast with white wine at a table in the outdoor area of a restaurant.

The Wine Guys: Grape Escapes - Starring Michael Podbere, Chuck Katan and Charlie Arturaola
"Three eccentric wine importers embark on a quest to discover the most spectacular vineyards and exquisite wines from around the world."

Disrupting Wine: The Life of an Entrepreneur - Starring Johan Rimestad and Rógvi Langgaard
"Trace the history of the founder of Vivino, the world's largest wine app, from his upbringing in Denmark to his family’s move to San Francisco."

Our Blood Is Wine - Starring Jeremy Quinn
"A documentary about the continued winemaking traditions 8,000 years after Georgia was invaded by the Soviet Union and had its culture attacked."