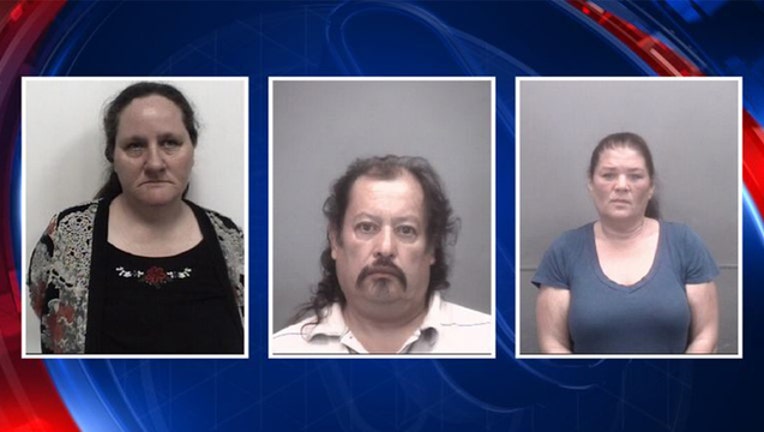 LEXINGTON, N.C. - A mother sold her child to a couple in exchange for a car, according to the Thomasville Police Department.

Police began investigating on July 23 after a two-year-old was brought to Wake Forst Baptist by 47-year-old Tina Marie Chavis with bruises. Chavis claimed to be the child's mother, then said she had adopted her, but had no paperwork to prove it.

Medical staff alerted law enforcement and child protective services and the child was put in the care of a family member.

Further investigation revealed that the child's biological mother, Alice Leann Todd, 45, gave the child to Chavis and her husband, Vicencio Romero in exchange for a car back in 2018.

The case was put before a Davidson County Grand Jury on Monday, Sep. 30, and indictments were issued for Chavis, Romero and Todd for the unlawful sale, surrender or purchase of a minor.

The three suspects were taken into custody and each given a $50,000 bond on Oct. 2. They are being held at the Davidson County Jail, with first court dates set for Oct. 21.