What you should know about license plate readers

A homeowner’s association in Temple Terrace says it's an effort to keep homeowners safe and plans to install a system linked with police, just in case they have to share the information when a crime happens.

“The neighborhood that is implementing it, they’re still in the process of purchasing everything, so they haven’t implemented it yet. But once they do, they’ll be sharing their information with us. And really, they’ll only be sharing it if the need arises,” said Patrick Brown, the senior community service officer at the Temple Terrace Police Department.

The HOA plans to use license plate readers from a camera company called Flock Safety, and the technology is already used in some neighborhoods around Hillsborough County.

“If you haven’t seen them... yet you will, especially around the Tampa area,” said a representative from Flock Safety during a virtual meeting Monday open to the public.

Flock Safety and Temple Terrace police explained how they believe license plate readers can help prevent or even solve crimes. 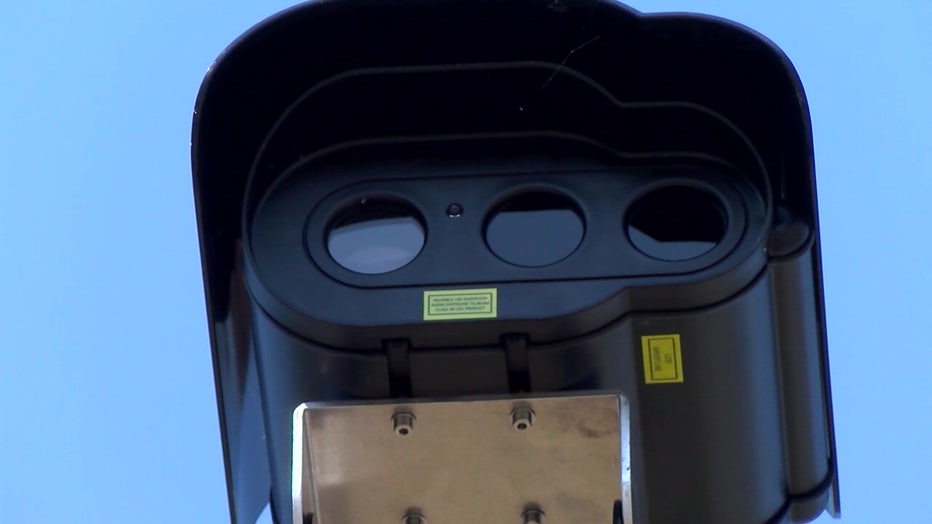 Since license plate readers pick up every car that drives by, there are questions about privacy.

“It is incredibly powerful technology. It is incredibly privacy-invasive,” said Dave Maass, a senior investigative researcher with the nonprofit Electronic Frontier Foundation, which defends digital privacy and studies how surveillance technology is used nationwide.

Maass explained why some people may not welcome its use.

Temple Terrace police said they would only get access to the data if the neighborhood association gave it to them for help in solving a crime. While an HOA is taking that step and including police, Temple Terrace officers said it could be a stepping stone to adding more in the community.

“Possibly, it all depends on how well the system works with us and our systems, but we believe that it can be beneficial,” said Brown.