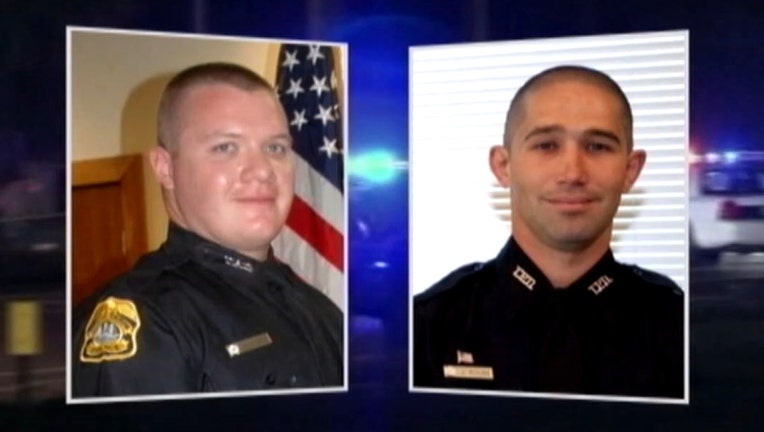 TAMPA, Fla. - Monday marks 10 years since the killings of two Tampa police officers, a crime that shook the city and set off a manhunt for their killer.

On the morning of June 29, 2010, within a matter of minutes, the officers, both 31 years old, lost their lives while on duty.

Around 2:15 a.m., Officer David Curtis noticed a vehicle without a license plate, attempted a traffic stop, and pulled the driver over at 50th Street and 23rd Avenue. Curtis obtained the names of the two occupants inside the vehicle and learned the passenger, Dontae Morris, had an arrest warrant from an incident where a suspect wrote a bad check in Jacksonville.

Curtis called for backup, and Officer Jeffrey Kocab arrived. Both approached the passenger-side of the vehicle -- and both were shot.

Responding officers found Curtis and Kocab on the ground, and both men were taken to Tampa General Hospital. Kocab passed away shortly after arriving. Curtis was placed on life support and was pronounced dead later in the morning.

Curtis was with the police department for three years and eight months after working at the Hillsborough County Sheriff's Office. He left behind a wife and four sons.

Kocab was with the agency for nearly 14 months and worked with the Plant City Police Department before that. He left behind a wife and one child.

In the days after their murder, more than 1,000 law enforcement officers searched for Morris, who was suspected of other murders. He was finally taken into custody on July 2, 2010.

His trial began in 2013 for the murders of the two police officers. He was found guilty and sentenced to death.