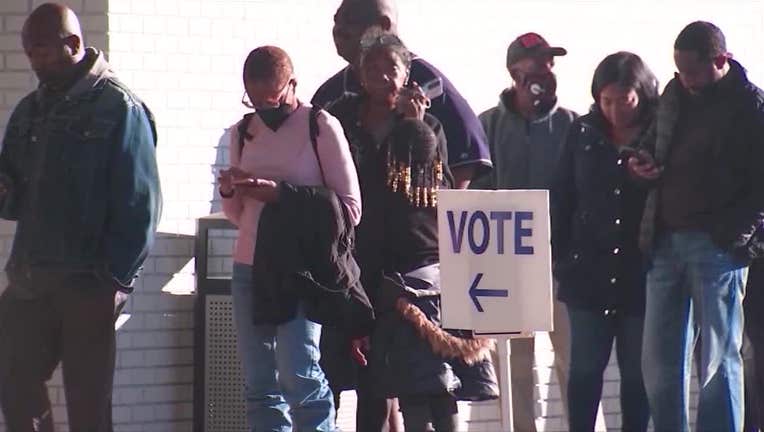 ATLANTA - Voters heading to the polls for the Georgia Senate runoff could see armed guards near their voting precincts.

The organization The New Black Panther Party and other Black armed groups say they will position armed patrols at several polling places in the Atlanta and Savannah areas.

Along with the armed groups, organizations including Black Lawyers for Justice says that it will be at polling places to monitor for "white supremacist violence."

"No one will come and touch, harm, threaten, do anything to any person walking into that voting booth to exercise that right," Khallida Ramla Bastet said at a press conference Monday.

The group says it's not to intimidate anyone, and they do not endorse either candidate.

They say instead it is an effort to protect voters from threats or intimidation.

The armed patrols will be conducted between 7 a.m. and 11 a.m. as well as between 3 p.m. and 8 p.m. in the areas of Brunswick, Savannah, and metro Atlanta.