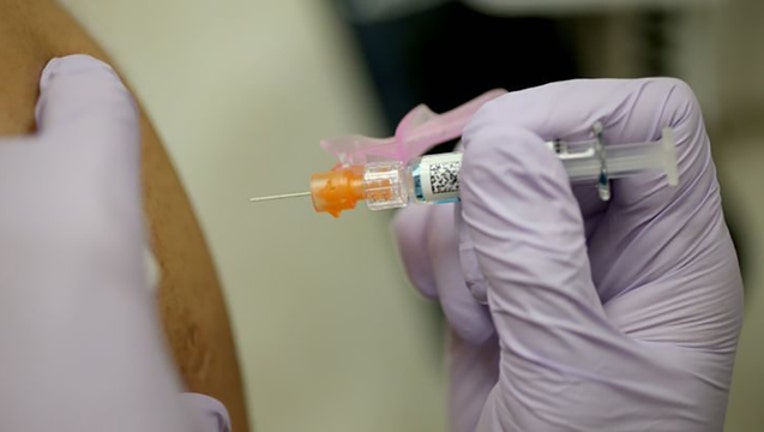 Florida resident Lee Mercker became the first patient to participate in a clinical trial for a new vaccine after being diagnosed in March with early-stages of the disease.

"I signed on the dotted line that day," Mercker said of the 12-week trial at the clinic's Jacksonville campus.

"It's supposed to stimulate a patient's own immune response so that the immune cells like t-cells would go in and attack the cancer," said Dr. Saranya Chumsri, an oncologist at the world-renowned medical center.

Mercker said the process entailed a series of shots and tests.

"They always took your blood, you had a physical, they'd make your shot right there on the spot for you," Mercker said. "It was three shots, all in a row, alternating arms, four shots, two weeks apart."

"It's supposed to be just off the shelf, kind of similar to when you get the flu shot or pneumonia shot," Chumsri said.

She was still required to get a mastectomy to make sure everything was removed properly. Researchers can view the breast tissue to access how the vaccine works.

The treatment is being used on another patient who is reportedly showing positive results.

Chumsri said clinical trials for patients with other stages of cancer are also showing good results.