Sarasota School Board to vote on firing superintendent

SARASOTA, Fla. - Following the November election, the new Sarasota County school board has a solid majority of conservatives who said they would address the concerns of parents who felt neglected by the previous board.

Now that two new Sarasota County School Board members have been sworn in, they're doing what they say amounts to keeping that promise. Board member Karen Rose made a motion to terminate Superintendent Brennan Asplen.

Dr. Asplen sat quietly during Tuesday's meeting where the board discussed his removal. He has been with the district since August 2020.

Last month, he received a highly rated evaluation from the previous board.

But he received criticism from Rose, and now board chair Bridget Ziegler, who wrote in an evaluation that she believed certain communication "caused unnecessary division." 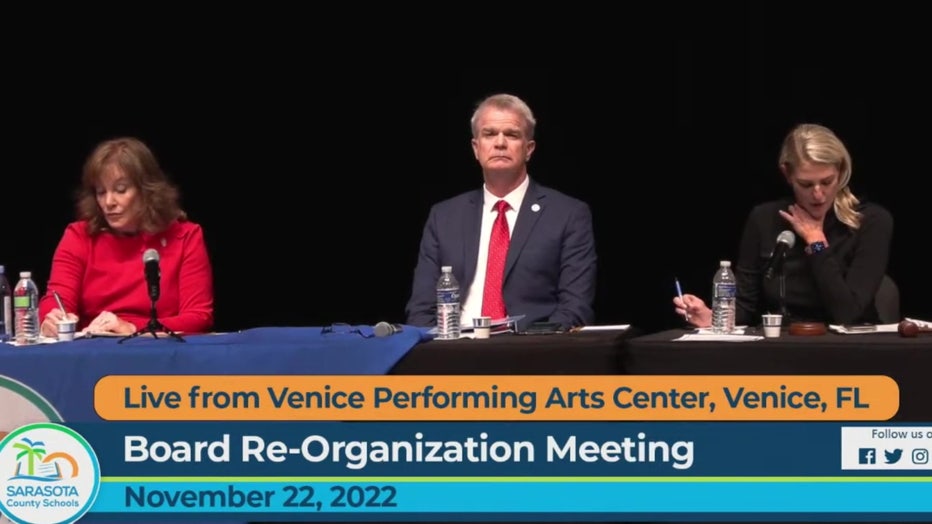 "This is all just political. This has nothing to do with education. We have a popular superintendent who is very good at instruction. Everyone likes him," said Barry Dubin, the executive director of Sarasota Classified Teachers Association. "For a group who said they want to be transparent, they’re hardly being transparent."

Dubin said the new board cites parents who complained about mask mandates, being allowed to talk their children into schools, and the involvement of local foundations in education.

Dubin pointed out that the board's proposal to install a new superintendent over a holiday weekend could raise suspicion.

"It makes the whole district uncertain why in the world would you fire someone who was rated highly effective. What does that mean for the rest of the employees? Can they be fired too? It just sends a chill up the school district and it’s somebody we were just getting used to," said Dubin.

The discussion will continue Tuesday, November 29 at 5 p.m.