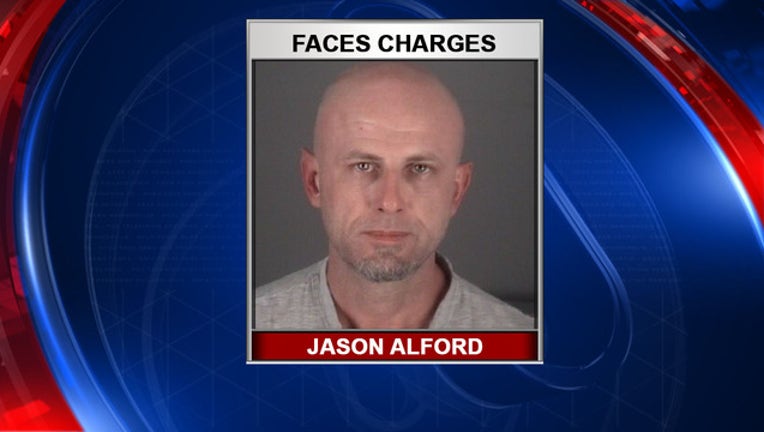 NEW PORT RICHEY (FOX 13) - A man was arrested for taking his car for a ride through the scene of a death investigation, deputies said.

The street, they say, was blocked off with yellow crime scene tape when Alford drove his vehicle through the north side of the crime scene heading south with the vehicle. At that point, deputies told him to stop, but he continued accelerating his vehicle, nearly hitting deputies along his way.

Alford then exited the south part of the crime scene and headed south on Wiggins Drive. He stopped at his home at 5023 queen Palm Drive, which was half a mile away. A sergeant who followed him told him to stop after Alford exited his vehicle, and told him to get on the ground.

Instead, deputies said Alford tried to enter his home, but was tased at his front door, and arrested.