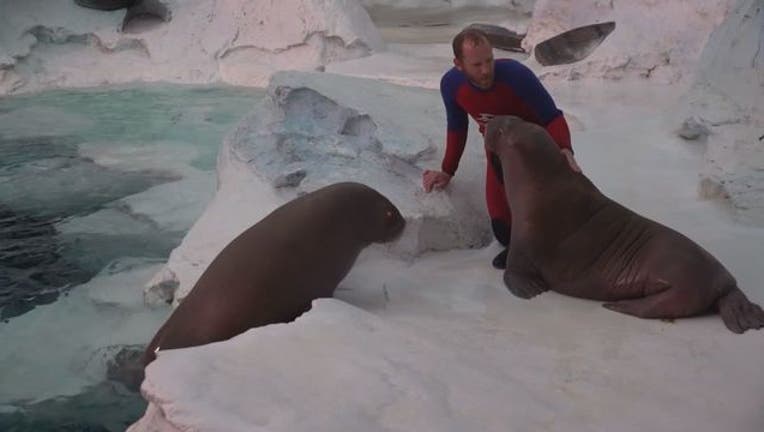 ORLANDO, Fla. (FOX 13) - Two walrus calves were recently introduced to each other, and have since become the best of pals.

Ginger and Aku are at SeaWorld Orlando living at the park’s Wild Arctic habitat. They met last month after Aku was rescued from a gold mining dredge off the coast of Alaska. Ginger was born this past June at the theme park.

According to SeaWorld, walruses have been facing the loss of their own habitat due to declining floating sea ice and a dwindling food supply.

Park visitors can see Ginger and Aku as they swim and play together in their home.