“(It’s our) New Yarrgh's Eve, which is our pirate-themed booty drop. It’s an interactive experience here at Curtis Hixon Park where we will be dropping -- via digital mapping on the Sykes Tower -- a pirate booty,” said Ashly Anderson, the director of marketing and design at the Tampa Downtown Partnership.

“When you try to bring people in town and show them stuff to do, it's always nice to have something different to do, something nice to show and just enjoy the time,” said Alberto Rodriguez of Tampa. 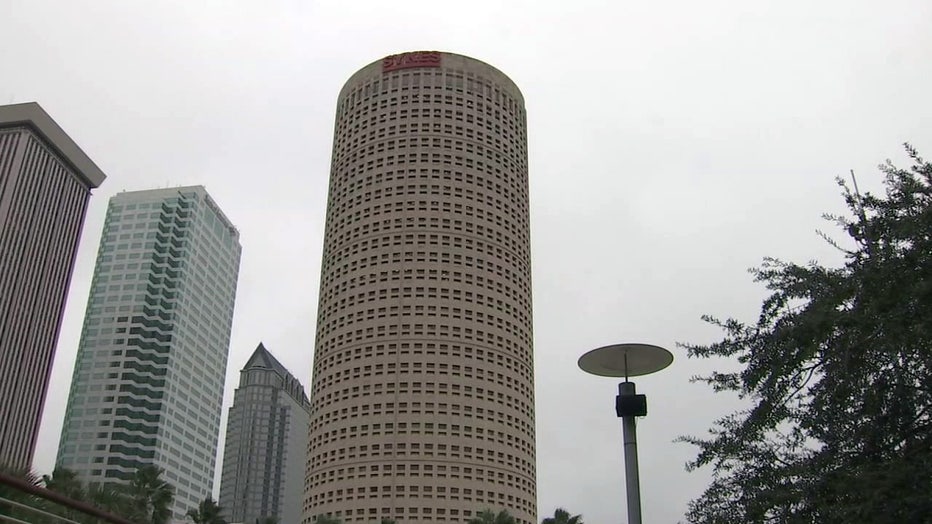 The 'pirate booty drop' will be projected onto the Sykes Building downtown.

It’s the latest in a festive lineup. The Winter Village will still be open, and you could even walk to check out celebrations planned at Sparkman Wharf and Armature Works.

Locals said they like the options for their families in town for the holidays.

“I like that idea. It's something different to do,” added Rodriguez. “I would totally bring them out and see if they like it.”

The Tampa New Year’s Eve celebration is free to attend and family-friendly. It starts at 9 p.m. and runs until 12:30 a.m.