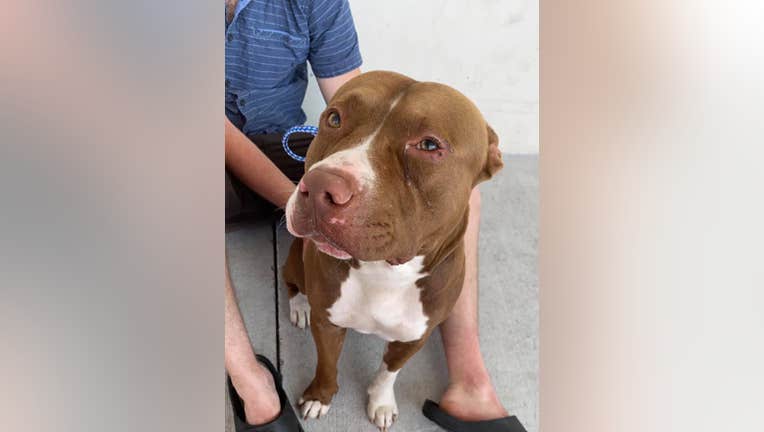 The mixed-breed dog was finally adopted by a loving couple after being found abandoned in Miami. On April 20, as he was being transported to his new home, the van crashed on U.S. 27 between Miami and Belle Glade.

Theo has been missing ever since.

His new adopter, Ashley Tirado from New Jersey, says she found Theo on the streets while on a trip to Florida.

"He CHOSE us. He hopped right into our car. He cuddled with us all night until the shelters were open where we could drop him off."

She put a hold on him so that she could be the first to adopt him after his quarantine ended.

"He has a rough past, and we found out from local rescues that his last owner had allowed her child to stab him in the eye with a stick, and then proceeded to dump him in a high abandonment area in Florida."

Tirado paid a transport company to bring Theo to New Jersey, but on the night of the 20th, an hour and a half away from the shelter, the transport van ran off the road where it flipped onto its side near the Florida Everglades.

"This happened on Highway 27, at mile marker 52. Our poor dog was let out of the van, with a healing eye wound, fresh neuter incision, and no cone."

The area Theo is believed to be in is filled with marshes and swamps known to have alligators and other dangerous predators.

Tirado is hoping more people will join in the search for Theo before it’s too late. She is asking anyone who can get aerial views, especially with drones, to please help find him.

"It’s been three days so we’re getting so worried that there’s not going to be any time left."

If you have any information about Theo, please contact Tirado at ashleyktirado@yahoo.com.