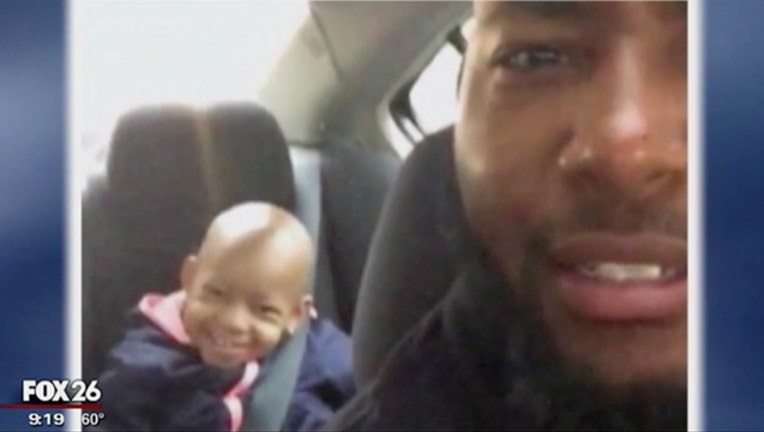 (FOX 13) - Former Cincinnati Bengals defensive lineman Devon Still - who was kept on the team so his daughter's fight with cancer could continue under the team's insurance policy - posted a special update for his Instagram followers Tuesday.

Still, now a member of the Houston Texans' squad, was released by the Bengals in August, 2014, but signed to the practice squad just one day later so his daughter, Leah Still, could continue treatments for Stage 4 pediatric cancer at Cincinnati Children's Hospital.

Still began a public awareness campaign for pediatric cancer, raising $1.3 million for Cincinnati Children's through sales of his No. 75 jersey. He also received the 2014 Ed Block Courage Award from the Bengals for "demonstrating commitment to the values of sportsmanship and courage," according to the Bengals' website.

On Monday, Still posted an update on Leah's battle for his 605,000 Instagram followers, "With Leah finishing her last treatment last night, I can really say my daughter BEAT CANCER!"

Fans and supporters followed the post with words of thanks and praise.

According to the website for Still's current team, HoustonTexans.com, 5-year-old Leah will be released from the hospital on Tuesday. Her last cancer treatment came two days after her father signed with the Texans thought the 2016 season.