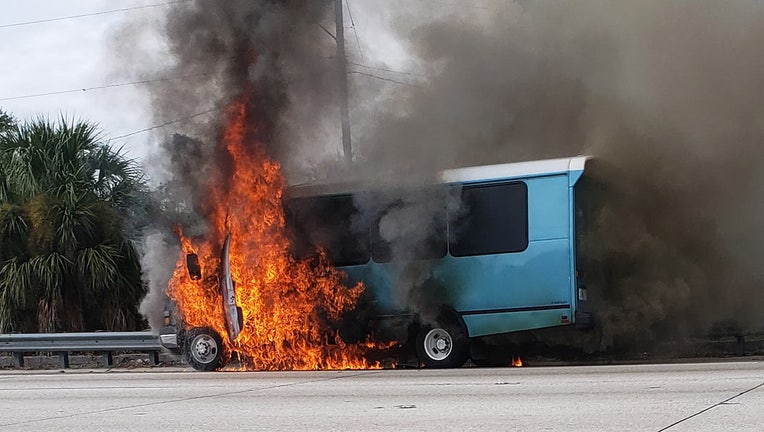 The scene was along I-275's southbound lanes at Bird Street, which is just south of Waters Avenue. According to the Florida Highway Patrol, the driver pulled over after the bus began experiencing unspecified mechanical issues. Moments, later the engine compartment caught fire.

By 11:30, the flames were out, but all southbound lanes did not reopen until after 1 p.m.

The driver was not hurt. Couny officials later said the bus had previously been operated by the Sunshine Line -- a Hillsborough County service that provides transportation for the area's elderly and disabled -- but had since been sold to a private owner. 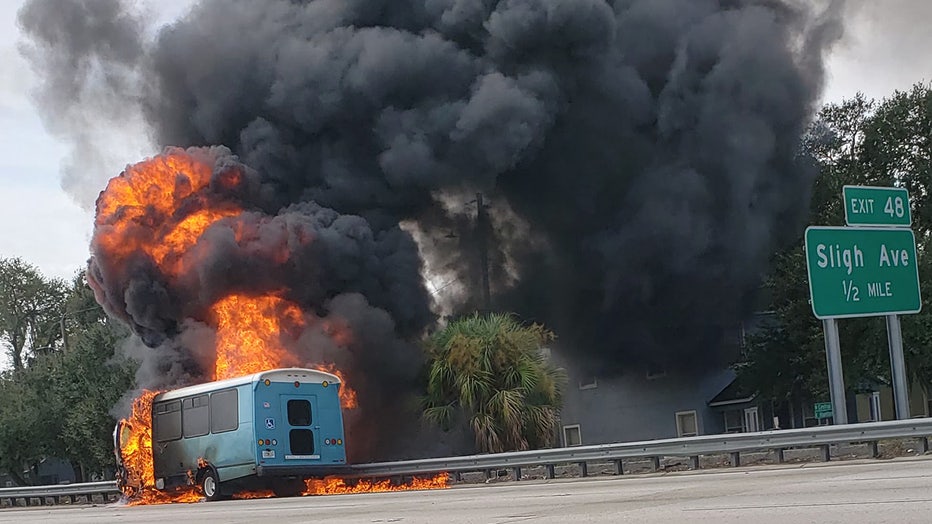 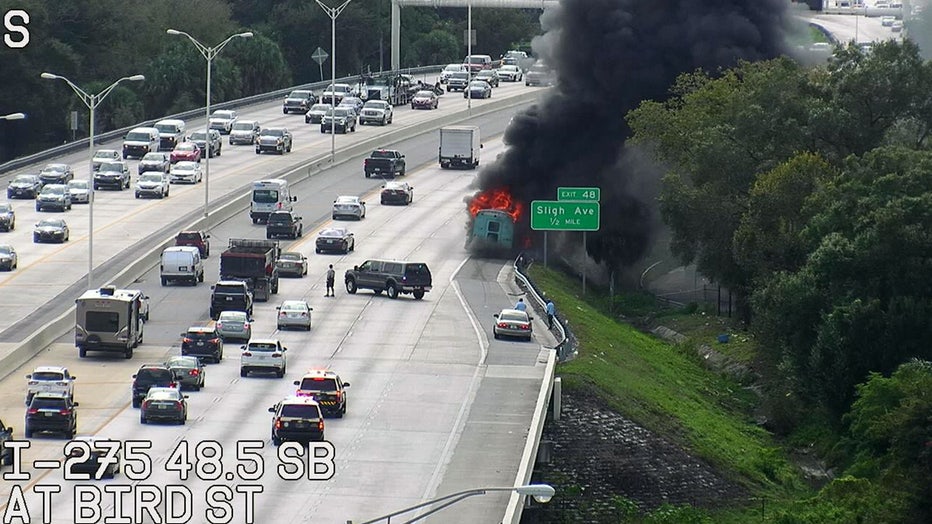 Editor's note: Emergency crews initially identified the bus as a HART bus. This version of the story has been updated.