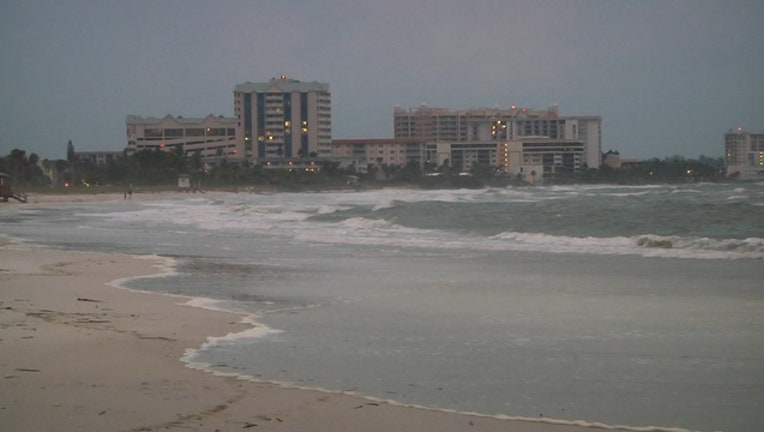 LONGBOAT KEY BEACH (FOX 13) - Sarasota County health officials have issued 'no swim' advisories for more than a dozen beaches due to a high level of bacteria in the water.

The county says the advisories are a precaution and beaches remain open. However, wading, swimming and water recreation is not recommended as long as there is an advisory in place.

The amount of enterococcus bacteria found during water quality testing on Monday was outside acceptable limits at the beaches listed below.

Enterococcus bacteria can come from a variety of natural and human-made sources. These include pet waste, livestock, birds, wildlife (land-dwelling and marine), stormwater runoff, and human sewage from failed septic systems and sewage spills.

Due to the weather effects from Hurricane Michael, the Florida Department of Health in Sarasota County will not conduct the next round of testing until seas are forecast to be 3 feet or less and there is a lower risk for rip currents.

According to DOH-Sarasota Environmental Administrator Tom Higginbotham Hurricane Michael is causing extremely high surf and dangerous rip currents along the gulf beaches. These turbulent and churning conditions expands the "swash zone" by causing waves to wash farther inward onto the beaches and exposes the water to bacteria that is naturally present in sand and soil.

The county says no sewage spills have been reported within one mile of the posted beaches in the past two weeks. The rapid response team from Sarasota County and the City of Venice say the cause of the elevated bacteria levels is likely due to natural sources.