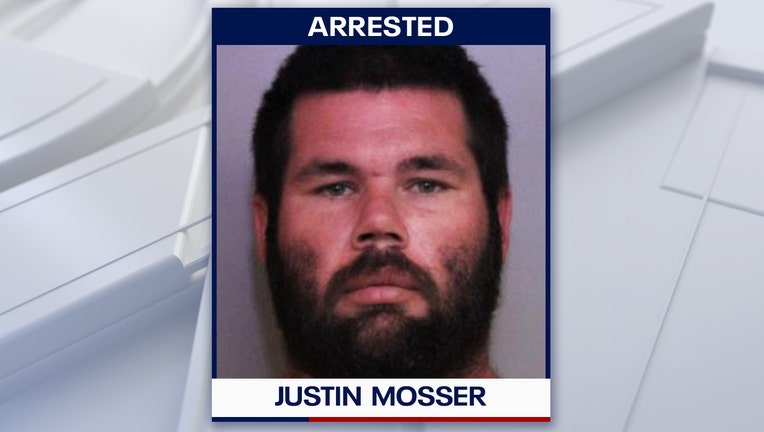 AVON PARK, Fla. - An Avon Park man was arrested after deputies said he exposed himself to a woman while driving -- and investigators say he's done this before.

The victim said she had been driving on Highway 60 near the Lake Wales Airport on Monday around 8 a.m. when she noticed the driver in a gray Mazda next to her was waving and trying to get her attention.

The victim called authorities and gave them photos of the man's car and license plate, which led them to 32-year-old Justin Mosser.

On Wednesday morning, detectives began to surveil Mosser. A female undercover detective was driving on Highway 27 near Pine Crest Road when Mosser's gray Mazda began driving alongside her unmarked vehicle.

When they pulled Mosser over to arrest him, he told detectives he often drives with his penis exposed because he gets hot and "airs it out."

According to the sheriff's office, Mosser claimed he has done this four or five times before to random women while driving down the road. Detectives said he showed no remorse for his actions.

"First, nobody wants to see that. It's disgusting, rude and perverted," Sheriff Grady Judd said in a statement. "Second, it's dangerous to be doing something like this while driving. This is wrong on so many levels."

Mosser has had previous run-ins with law enforcement. The sheriff's office said he's previously been arrested for burglary, grand theft, criminal mischief, giving a false name to an officer, resisting arrest, DUI, leaving the scene of an accident, and driving with a suspended or revoked license.

Because Mosser told detectives he's exposed himself to women before, investigators are asking for any other victims to contact the sheriff's office.