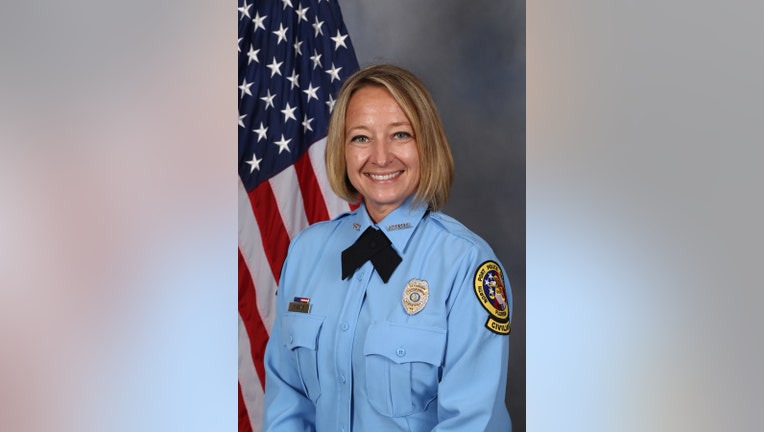 On Monday, police found Gold with prescription bottles with other individuals’ names. They said the bottles, which contained controlled substances, were inside Gold’s personal purse and satchel-type bag at the police department, located on City Hall Boulevard.

They said she had 17.8 grams of hydromorphone, 35 grams of oxycodone, 19.2 grams of hydrocodone, and small amounts of alprazolam, triazolam, and tramadol.

READ: Man accused of murdering Venice housekeeper had over 30 prior felony arrests; why was he out of jail?

Four of the charges are for illegal possession of prescription pills, and the other two are for have amounts "equating to trafficking the pills."

"Nobody within our agency is above the law. Our promise to this community is to do whatever is necessary to hold everyone accountable for their actions," Chief Todd Garrison said in a statement.

Additional information is expected to be released later Tuesday.